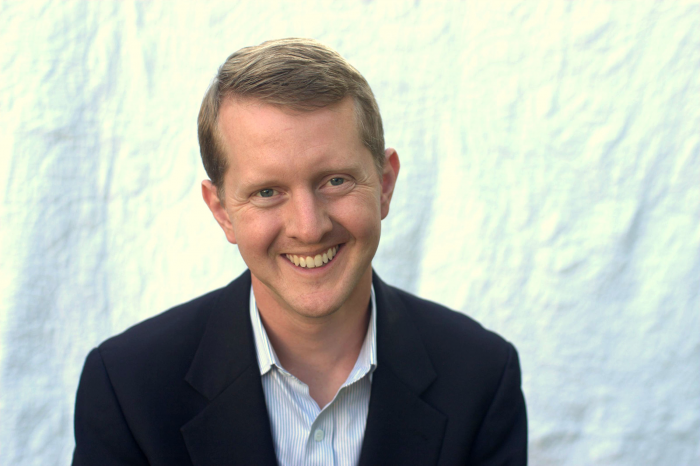 A month after winning the title of “Greatest of All Time” – or GOAT – on the popular television game show “Jeopardy!,” Ken Jennings will come to DePauw University Tuesday, Feb. 25, for a Timothy and Sharon Ubben Lecture.

Jennings’s speech, “Winning Where It Matters Most,” is scheduled for 7:30 p.m. in Kresge Auditorium, Green Center for the Performing Arts.  The program will include a question-and-answer session in which audience members may try to stump Jennings with trivia questions.

As with all Ubben lectures, the event will be presented free of charge and is open to all. Seating will be on a first-come, first-served basis, and no tickets will be distributed.

The visit by Jennings is the third Ubben lecture to be announced for the 2019-20 academic year. Former Secretary of State Condoleezza Rice spoke at DePauw in October and Brad Stevens, head coach of the NBA’s Boston Celtics and a 1999 graduate of DePauw, is scheduled to speak March 9. 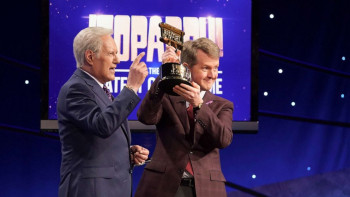 In a four-episode “Jeopardy!” tournament aired earlier this month, Jennings beat fellow champs James Holzhauer and Brad Rutter to win $1 million and be named the show’s Greatest Player of All Time. The honor added to his previous achievements as the winningest game show contestant of all time and the holder of the longest-ever “Jeopardy!” winning streak. Jennings holds the program’s longest winning streak (74 consecutive games), highest regular-season winnings ($2,520,700) and highest average correct responses (35.9) records in the show’s 56-year history. His total earnings on “Jeopardy!” are $4,522,700.

“It is a real honor to be associated with a show that nobody ever has a bad thing to say about,” Jennings said. “It encourages learning, it makes smart kids feel like it’s okay to be smart and that’s always the kind of kid I was.”

Born in Edmonds, Washington, Jennings grew up in Seoul, South Korea, and Singapore. He watched “Jeopardy!” on American Forces Network television while growing up. He attended Seoul Foreign School, where he completed an International Baccalaureate diploma and then graduated from Brigham Young University with a degree in computer science and was a member of the college’s quiz bowl team.

A software engineer by trade, Jennings has appeared on other game shows, authored a weekly trivia column for Parade magazine, co-hosts a podcast titled “Omnibus” and was the subject of a board game, “Can You Beat Ken?” He serves as a resident expert on the Game Show Network’s “Best Ever Trivia Show” and has hosted two game shows.

As a speaker, Jennings covers topics ranging from the importance of education to artificial intelligence (specifically his encounter with IBM’s Watson) to his love of geography, always sharing his insider stories from behind the scenes at “Jeopardy!”

Established in 1986 through the support of 1958 DePauw graduates Timothy H. and Sharon Williams Ubben, the lecture series was designed to “bring the world to Greencastle.” It has presented 114 events over the past 33 years.