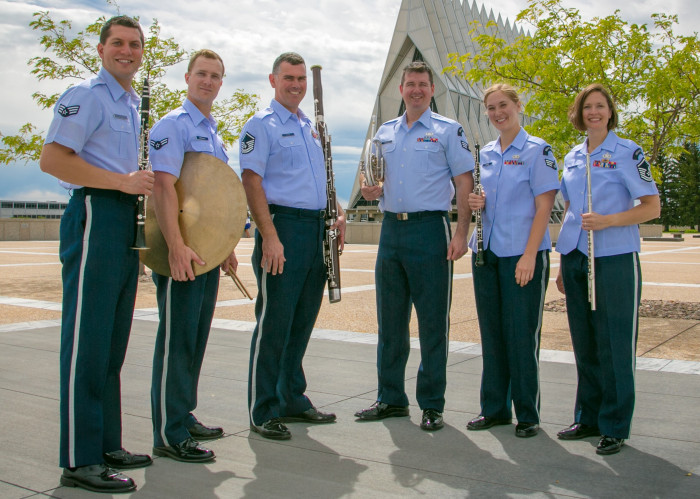 The U.S. Air Force Academy Band’s “Academy Winds” will perform a free concert in Thompson Recital Hall of the Green Center for the Performing Arts at 7:30 p.m. Tuesday.

The evening will feature an eclectic mix of woodwind and percussion. The concert is open to the public; no ticket is required.

Academy Winds is one of the academy band’s nine ensembles. It is comprised of six professional active-duty airman musicians and performs a variety of musical styles from traditional folk to patriotic favorites.