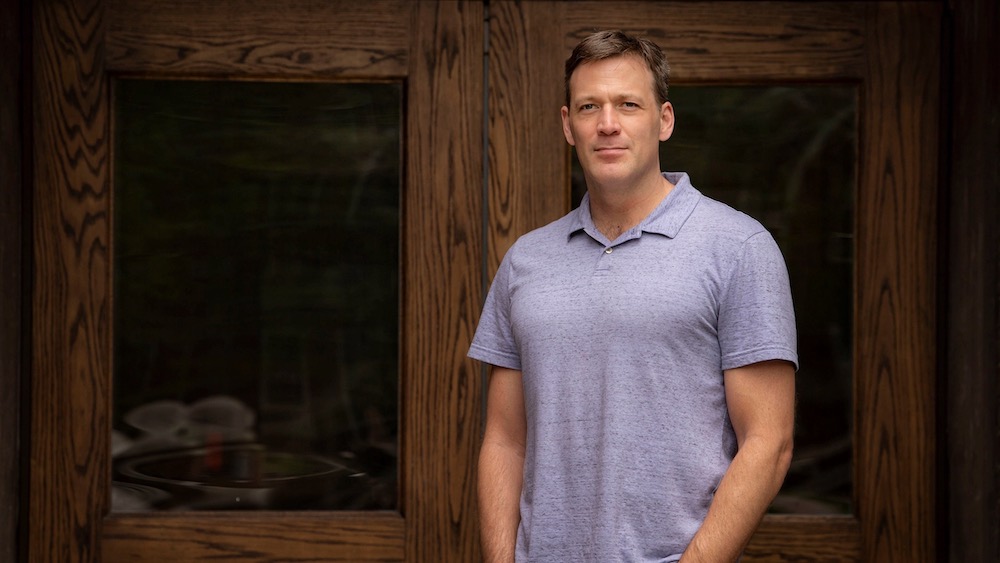 A 2018 debate involving DePauw philosophy professor Erik Wielenberg over the question of whether objective morality requires the existence of God has been turned into a book.

“A Debate on God and Morality/What is the Best Account of Objective Moral Values and Duties?” has been published by Routledge.

The debate and book evolved from an email Wielenberg received several years ago, asking if he would be willing to debate William Lane Craig, a well-known philosopher and public debater who defends Christianity.

“For a while now I've been defending (mainly in academic papers and books) the position that objective morality (real, objective good and evil, right and wrong) exists and does not require God for its existence,” Wielenberg said in an email. “Formal debate isn't really my bag – there's a whole skill set involved that I don't really have – so I proposed a written exchange between Craig and me instead. Craig suggested a compromise: We would do a formal debate but write our speeches in advance over a period of several months – basically a written exchange that would then be presented orally in a debate format.”

The oral presentations took place in 2018 at North Carolina State University and were live-streamed to DePauw. A book was planned from the beginning, so Wielenberg and Craig each invited several commentators to read the transcript and write a chapter analyzing some aspect of the debate. After Wielenberg and Craig read those essays, they each wrote a concluding chapter.

“The book can be thought of as a continuation or expansion of the original debate,” Wielenberg said. “It includes the full text of the debate itself, including a question-and-answer period following the formal speeches by Craig and me, plus five chapters of commentary from other thinkers, and then the concluding chapters from Craig and me. It took a while to put all of that together and bring the book to publication, which is why the book has just come out.”

The central question in the debate, Wielenberg said, was “Does the reality of objective morality (real, objective good and evil, right and wrong) require the reality of God? Craig defends the ‘yes’ position; I defend the ‘no’ position. Whether objective morality exists is itself a controversial issue in philosophy, but since Craig and I agree that it does, we assumed its reality for the sake of argument in the debate. …

“To take a stock example: Suppose that torturing children just for fun is genuinely, objectively morally wrong. In order for that to be true, must God (specifically, the Christian God) exist? Craig says ‘yes;’ I say ‘no.’”