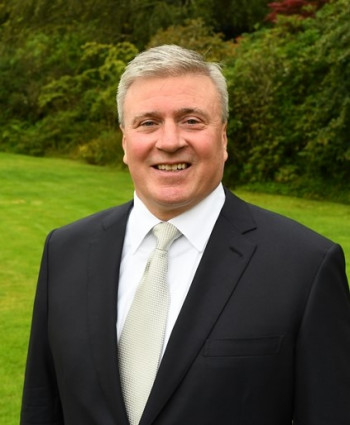 Nicole Pence Becker ’06 is set to receive the Young Alumni Award for “an alumnus or alumna under the age of 40 who has demonstrated leadership in career and civic associations and has shown strong loyalty to DePauw University.”

“Each of these alumni represents the leadership, drive and civic engagement that distinguish DePauw graduates,” said Leslie Williams Smith ’03, executive director of alumni engagement, “and I’m proud to have a group that represents success and DePauw’s ‘gold within’ values in a broad array of fields from business and media to science and the arts.”

Reavis founded SVM Inc. in April 1997 after 11 years at Mobil Oil Corp. His career-changing event was the creation in 1994 of the oil industry’s first prepaid gasoline card, the pioneer product in the gift card industry. Reavis, a member of the DePauw Board of Trustees, was chair for four years. He serves on the boards of ScholarLeaders International, which supports doctoral-level studies of Christian leaders throughout the developing world, and ReNew Communities, a community revitalization organization in North Chicago. 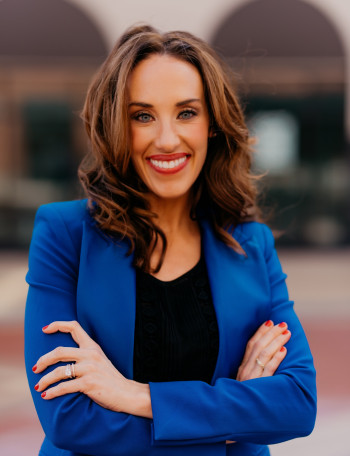 Becker owns and operates Pence Media Group, a digital and media consultancy A four-time Emmy Award winner with more than a decade of experience as a journalist and communications and social media expert, Becker was co-anchor for CBS4 This Morning in Indianapolis and previously worked at WTHR, WLEX and Indiana’s News Center. Becker has been a member of the Pulliam Center for Contemporary media advisory board and a volunteer for the Hubbard Center for Student Engagement speaker series.

Cast is a Fort Wayne arts leader and co-founder of the Canterbury School. Chapman leads the sensory team at The National Food Laboratory, Consumer and Product Research Division. Madsen spent his career in leadership positions with companies in the consumer products and restaurant industries, such as General Mills, Darden Restaurants, Panera Bread and Noodles & Co.

The winners were announced in a virtual celebration and awards will be presented at a later date. The awards typically are presented at Alumni Reunion Weekend in June, but the event was cancelled because of the coronavirus.