Taha Babar ’22 arrived at DePauw with his mind already set on a major. But like many students who spend time on a liberal arts campus, he soon found himself branching out in unexpected ways.

It all started with an intro class.

“I was supposed to be a physics major,” Babar recalled of his first-year experience, “but I ended up taking an intro to computer science class. With the way professor (Gloria) Townsend taught the course, I felt that it was something that interested me, and maybe I could see my future in it.”

Townsend, a founding member of DePauw’s Computer Science Department who takes pride in recruiting new students to the major, remembers having an even clearer sense of Babar’s potential.

“Computer Science 1 is a class that draws pre-med and pre-engineering students, so really good students,” said Townsend, “but there’s always one best student. And in that class, it was Taha. … He was such an outstanding student and had such great interpersonal skills that we asked him to tutor for us in computer science. We hired him instantly.”

Things progressed quickly for Babar as he waded deeper into his new interest. Each course built his confidence, and the offer of a programming internship with Experian as a sophomore only confirmed a growing belief that he was heading in the right direction. “I was like, ‘Okay, if nature is working in my favor, maybe this is this is something that I can also explore.’”

Now in his final days at DePauw, Babar is preparing for the next leg of his journey – not in physics as he once imagined, but as a software engineer at Apple. He’ll start out in the tech giant’s New York City offices this summer and rotate among roles for two years to find a permanent placement that interests him.

Babar also will leave a small piece of himself behind at DePauw. The Lahore, Pakistan, native founded the International Computer Science Association last year, with Townsend serving as a faculty adviser. 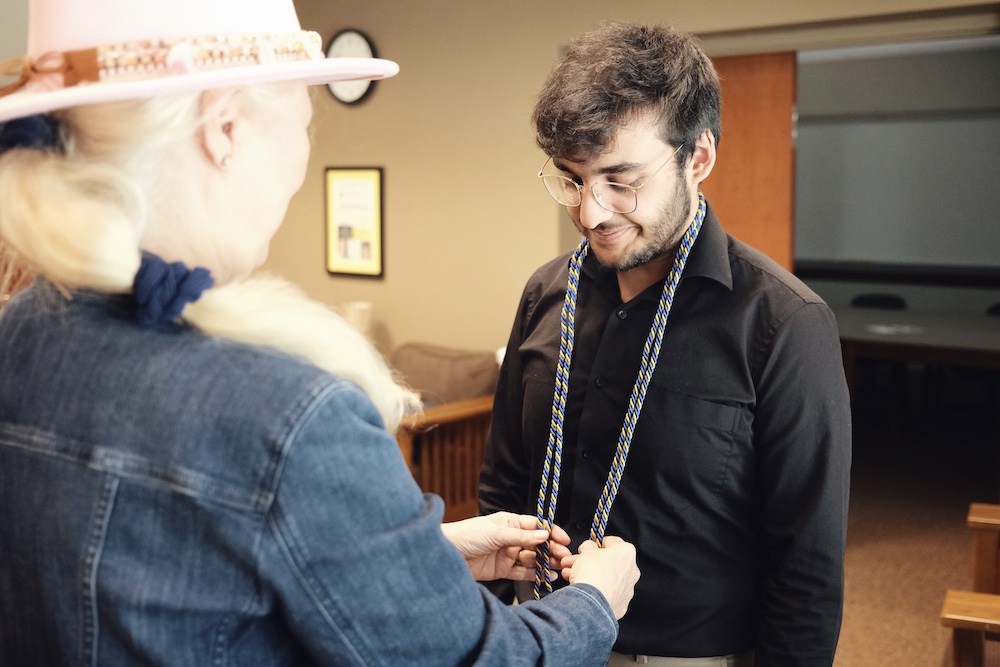 “I felt that, as a graduating member of the senior class, it’s our responsibility to help incoming freshmen,” Babar said. “In my freshman year when I was a TA, my knowledge in computer science was not that great, but getting a chance to teach students was really helpful for me in terms of gaining confidence.”

The organization will continue as a resource for international students who want to learn with and from their peers – and maybe encourage a few members of the incoming class to venture into something new.