A “Gathering of Remembrance” for Professor of Communication Geoffrey Klinger ’88 has been scheduled for the afternoon of Sunday, May 16. 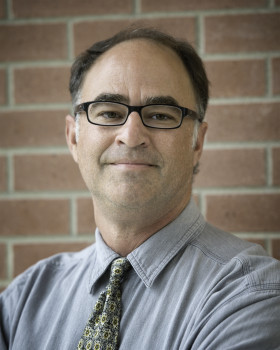 Klinger, 54, passed away suddenly last Sunday. The gathering is set for 1:30 p.m. at Meharry Hall and will be open to DePauw and community friends. Because space at Meharry is limited by COVID-19 restrictions, the event will be livestreamed.

Klinger was a member of the Department of Communication and Theatre. Known to don a toga when teaching about Cicero or a cowboy get-up when teaching about modes of communication, he taught at DePauw since 2003 and was director of forensics, a position in which he directed a nationally competitive parliamentary debate program. He also advised the student-run Debate Society and hosted public debates on campus. His scholarly interests were the connection between rhetoric and social theory; political communications; presidential, civil rights and business rhetoric; and Supreme Court opinions.

“Geoff had a profound impact on generations of DePauw students, many of whom, inspired by his teaching and mentorship, went on to enjoy success in a wide variety of careers,” President Lori S. White said in a statement sent to the campus community.

But he was inevitably drawn back to Greencastle, joining DePauw as a tenure-track assistant professor in 2003 and earning a promotion to associate professor in 2008. He taught classes at all levels, such as 100-level Public Speaking; 200-level Public Communication and Controversy; 300-level Rhetorical Theory and Criticism; a senior seminar on the Rhetoric of Inquiry; and a winter-term class on Terror Talk: The Discourse of War and Terrorism.

“I admired him as a thinker, a teacher, a committed advocate for faculty and staff and a dad,” said Harry Brown, English department chair and the Jane Cooling Brady professor of English. “My last memory of Geoff is his helping us to navigate a tense discuss about DePauw’s future at the faculty meeting one week ago. Those ongoing discussions, and the future of our university, will be the poorer for Geoff’s absence. With him, I think, we have lost a crucial point of order.”

In addition to teaching, Klinger wrote dozens of articles for publication; participated in numerous activities and workshops; and volunteered for countless tasks as disparate as serving on the Athletic Hall of Fame selection committee to hosting the Japanese national debate team. He won a fellowship in 1994 to conduct research in jurisprudence at Cambridge University and the University of Amsterdam; a grant from Hanover in 1998 to research political and economic discourse at the Herbert Hoover Presidential Library; and grants from DePauw to conduct research on Alan Greenspan, Eugene V. Debs, Ellskwatawa, Robert Steele and the history of parliamentary debate.

Donations may be made to the Geoffrey D. Klinger Debate Fund, which will be used to build the DePauw debate program. Online condolences may be shared at www.conklefuneralhome.com.