Computer science professor Gloria Childress Townsend has been named a distinguished member of the Association for Computing Machinery, the world’s largest scientific and educational computing society. 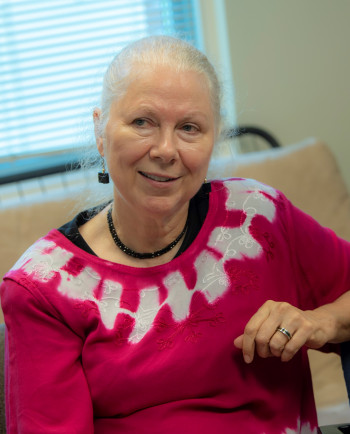 “To win this award is a true honor,” Townsend said by email.

The association is a U.S.-based international society that has nearly 100,000 members. Its president, Gabriele Kotsis, said in a news release that the distinguished member designation “celebrates specific contributions of these members and their career growth as reflected in a long-term commitment to the field, as well as their collaboration with peers in supporting a global professional association for the benefit of all.”

Townsend has four degrees from Indiana and Purdue universities, and her research and teaching interests are evolutionary computing, robotics, computing ethics and gender issues of computing. Her concern for underrepresented people in computing led her to founding and sponsoring several DePauw student organizations, such as the Women in Computer Science Club and Students of Color in Computing.

She and associate professor Khadija Stewart invite first-year women to a content-preview session, where they are helped by female upperclass students and learn what to expect if they take Computer Science I. They also help students apply for scholarships to attend the annual conferences for women in computing, and DePauw students have been particularly successful at securing funding.

Townsend supports women in computing outside DePauw as well. Among other things, she proposed the association hold annual regional celebrations to support women in computing and she organized the first one in Indiana in 2004. She wrote the application and was principal investigator for a $1.2 million National Science Foundation grant to increase the number of celebrations to 16, including several outside the United States. 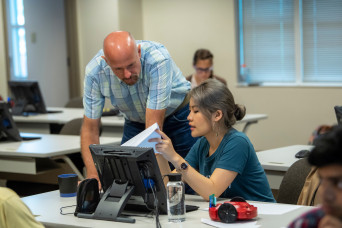