Steven Linville ’06, who filled a number of critical roles in his alma mater’s School of Music for the past 14 years, passed away last night in hospice care. He was 38. 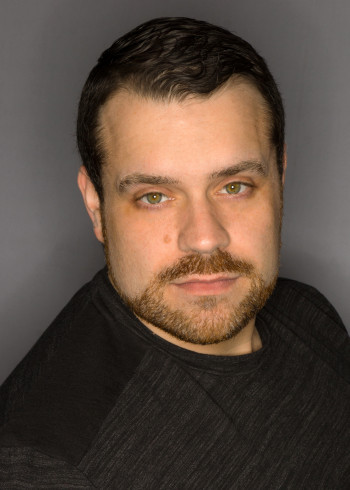 He was director of productions since August 2017, overseeing all facets of the University Performing Arts Production Team, including planning for more than 200 School of Music events each year; developing marketing strategies to recruit and retain students; managing the operating budget; and taking the lead on grant applications. He recently collaborated on a successful grant application to the Alan W. Clowes Foundation that enabled DePauw to refurbish the seating and carpeting in Kresge Auditorium at the Green Center for the Performing Arts.

He also was a part-time assistant professor of music since 2013, teaching courses such as Performing Music Theatre Scenes and Character Development for Singers; and music director for DePauw musicals since 2011, a role in which he collaborated with the musical stage director, recruited student performers and conducted performances.

“Steven was one of the first of our colleagues whom I got to meet in person,” President Lori White said. “He had such exuberance; he was full of ideas and so talented. He conveyed so much love for the work he was doing at the SOM, and he will be missed by so many.

“His loss is a tremendous blow not only to those who knew and loved him but also by those who never met him – that is, anyone who has ever experienced a DePauw musical that was made better by Steven’s artistry.”

Kay Hoke, dean of the school of music, said, “Steven was not only a valued colleague, but someone I thoroughly enjoyed working with. He also was someone whose smile made the work easier. He had such wonderful outreach to students, faculty and staff …

“I am profoundly saddened at the news of his death and will miss him very much.”

At DePauw, Linville took leadership roles in productions such as “Bat Boy: The Musical,” “Our Town,” “Venus,” “Urinetown: The Musical,” “The Who’s: Tommy,” “Young Frankenstein,” and “A Gentleman's Guide to Love and Murder.” 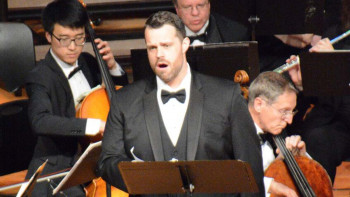 He earned a Master of Music in vocal performance from Indiana University Jacobs School of Music in 2012. He performed a number of roles, including Don Basilio in “Le Nozze di Figaro;” Gherardo in “Gianni Schicchi;” Pluto in “Orpheus in the Underworld;” Monostatos in “The Magic Flute;” Ivan in “Die Fledermaus;” Henri de Toulouse-Lautrec in the world premiere of Bernard Rands’ opera “Vincent;” Mayor Upfold in “Albert Herring;” and the tenor role in the Midwest premiere of “Charon.”

He also performed in many musicals, including “Guys and Dolls,” “Hello, Dolly!,” “Sweeney Todd,” and “Assassins.” As a concert soloist, he performed Mozart’s “Requiem,” Handel’s “Messiah” and more.

Linville was the director of music at Plainfield United Methodist Church for almost a year. He previously was executive producer for Intimate Opera of Indianapolis for nine years; choral director at Gobin Memorial United Methodist Church for two years; a member of the Indiana Opera Chorus; and a member of the Buck Creek Players’ board. He maintained a private voice and acting studio.

Linville is survived by his parents, Paul Linville and Shari Bay Linville, and his siblings, Chris Linville and Courtney Linville. A celebration of life is planned for 7:30 p.m. Monday at Kresge Auditorium, with a reception to follow.