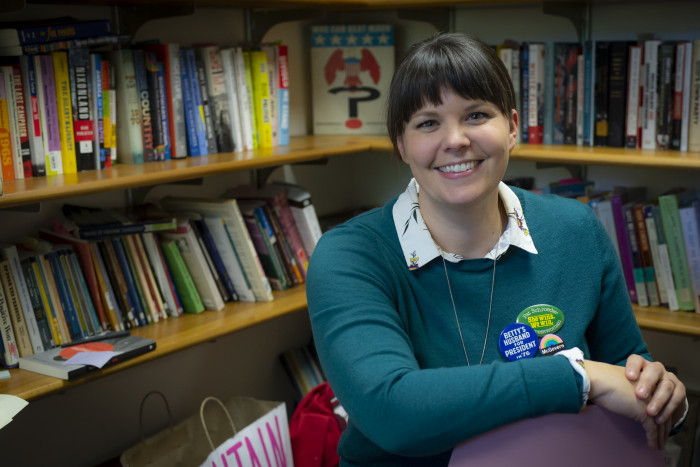 The possibility that America may have its first second gentleman “demonstrates how much has changed in recent decades about gender roles in politics, and how much progress remains to be made,” Sarah Rowley, assistant professor of history, wrote in an opinion piece published in The Washington Post today.

“With more women winning office and more high-profile political husbands than ever before, there can be no one mold for political spouses — regardless of gender,” she wrote. “Given Joe Biden’s self-framing as a genial uncle-type who has welcomed Harris and Emhoff into his political family and Dr. Jill Biden’s well-developed role as an educator with an independent career, which she leaned into in her Democratic Convention address on Tuesday from her former school, we may see an unprecedented team effort in which the spouses are recognized as partners rather than helpmeets. Together, Jill and Doug may break the old scripts and create new ways of thinking about gender, marriage and politics.”

Rowley’s piece appeared on the “Made by History” page. She is the author of “Married Congresswomen and the New Breed of Political Husbands in 1970s Political Culture,” an essay in the book “Suffrage at 100: Women in American Politics since 1920.”