When Anisah Miley ’01 and Tiffany Schiffner ’02 describe how their Posse and DePauw experiences shaped them, common themes of self-confidence, social change and a sense of purpose emerge from the first-generation college graduates.

Both women came to DePauw expecting to effect social change on campus – and feeling sufficiently prepared by the Posse Foundation to do so. Both women say the DePauw Posse experience was instrumental in their college and career success. And both women entered the mental health field, where helping clients to facilitate positive change is their driving force.

“Posse and DePauw reinforced my own values, the messages I received from my family and other amazing adults around social change – that you could use your beliefs, hopes and optimism to connect with other like-minded people to create change in your own life and the lives of other people and in the world,” said Miley (photo above), a member of the first Posse class at DePauw. “Those are the values that kept being reinforced in the way that I navigated my Posse experience and the way people supported me through it.”

Throughout her academic and professional career, Miley, a licensed clinical social worker, has explored change. She focuses her New York City practice on Black and Indigenous people, people of color, women and people of diverse sexual orientation and gender experiences.

She was an activist at DePauw, motivated by the murder of Matthew Shepard, a gay university student who was beaten, tortured and left to die in rural Wyoming in 1998. She traveled with other students to protest a World Trade Organization meeting in Washington D.C. and to Mexico with history professor Glen Kuecker to study the Zapatistas, experiences that “helped me define who I wanted to be in the world.”

Miley said she learned that “I could combine my interest in feminist studies, which provided me with a framework for conceptualizing personal change and conflict, with my interest in political science to create my own degree in peace and conflict studies.” While earning a master’s degree in public administration, she explored how organizations effect change, and then, while earning a master’s in social work, delved into how individuals or groups do so. 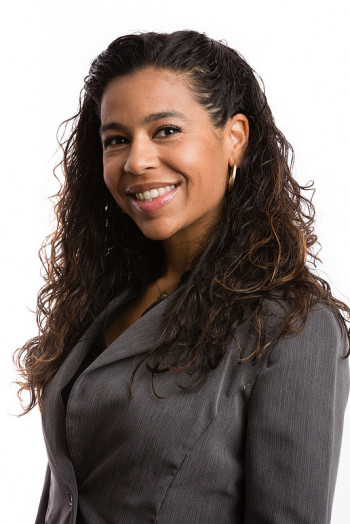 Schiffner (left) is a psychologist who treats patients, including disabled veterans, in rehabilitation and nursing care facilities. She offers services, such as crisis counseling, in English and Spanish to patients from diverse sociocultural backgrounds. She also is an adjunct professor at the University of Central Florida and Rollins College.

She had known she wanted to study psychology since high school and fondly remembers DePauw professors, especially Pam Propsom, professor emerita of psychology and neuroscience, and the late Karin Ahlm. “I was their only Latina student in psychology, and they understood the challenges I faced,” she said. “They responded in advocacy and worked with my strengths.”

Schiffner was president of the Committee for Latina/o Concerns, “a great learning experience in terms of leadership development to make cultural spaces and enrich the campus community,” she said.

“We brought the first salsa band to DePauw. We connected it to Dia de los Muertos (the Mexican holiday, Day of the Dead), and it became a tradition and was a great experience for us and for the larger community.” And even as a student, she regularly promoted wellness and “the importance of considering diversity when implementing wellness programs.”

Being part of Posse, Schiffner said, “was the best thing that happened to me and my ability to see it through. We loved each other, fought with each other, but even when we disagreed we were loyal and that sustains you, helps you see the bigger picture. It would have been really difficult without the posse. In that connection, you’re finding a piece of your way back home and you stay on a path moving forward.”