No kryptonite-bearing meteor struck Greencastle; no magical spell was cast by a benevolent sorcerer; and the Harmonic Convergence happened a year before they stepped on campus.

Yet 30 years after they started down their DePauw pathway, promising graduates from the Class of 1992 have achieved stunning success, especially in communication and media.

Their ascent has not necessarily come with the greatest of ease, but rather with hard work, flexibility and determination.

On virtually every Sunday of her childhood, Jennifer Pace Robinson and her father explored the Children’s Museum of Indianapolis.

When she headed to DePauw University in fall 1988, he encouraged her, she says, “to study whatever I was interested in instead of thinking about a career.”

Years later, Robinson – having been inspired by her interdisciplinary experience at DePauw – is still pursuing her diverse interests. And she’s doing it in a familiar setting: the Children’s Museum, where, as vice president of experience development and family learning, she oversees creation and production of all exhibits.

She has spent her entire career at the museum – save for an internship immediately after graduation as a first-person interpreter in Virginia – in a series of jobs that have taken her, among other places, to Egypt, Greece and the Netherlands; introduced her to Ruby Bridges, the first African-American child to desegregate an all-white New Orleans school in 1960, and Jeanne White, the mother of Ryan White, the teenager who was banned from school in Kokomo, Ind., in the 1980s because he had AIDS; and positioned her to borrow blueprints of Anne Frank’s secret annex and work with a famed Egyptologist to update a children’s museum in Cairo.

She has written theater pieces, designed science demonstrations and created scavenger hunts; spent Egyptian-themed overnights with 500 children; persuaded Hollywood hot shots to loan her Wonder Woman’s movie costume; and conjured a way to transport the museum 65 million years back to dinosaur times. She supervises a staff of 100 and oversees a collection of 120,000 objects.

At DePauw, “I was interested in archaeology and ancient history and anthropology,” she says. She majored in communication and “liked the idea of working with a team to tell a story, to write from a particular point of view, to get a point across, to solve a problem. But I didn’t really envision how those two loves would come together or what that job would be” until her senior year winter term in England, where numerous museum visits caused her career plans to gel.

“This is what I want to be doing – telling stories, bringing abstract ideas to life,” she says. “I loved going to Disney. I love movies. But what I like about being here is we get to do all that but there’s a greater purpose with it – you’re trying to educate and change lives and transform.”

Bret Baier: Working without a net

But then he took a giant leap of faith, going to work for Fox News Channel in 1997, less than a year after it was founded. “I wanted to do something on a national scale and I thought this was a good way to do it,” he says. “When I was making calls as a reporter early on, I’d say, ‘I’m with Fox,’ and they would say, ‘Wait, is that ‘The Simpsons’ network? The one that covers football?’ So it took a while but I knew shortly thereafter that it was gaining steam around the country.”

Today, he is arguably at the pinnacle of broadcast journalism as host of “Special Report,” which attracts nearly 2.2 million viewers every weekday evening. He also is considered the objective bulwark at a channel frequently accused of being the house organ for President Trump and other Republicans, a notion he says he has been challenging for his entire career at Fox.

Baier considered Northwestern University but chose DePauw because his father Bill had attended (Class of 1968) and he was invited to play on the golf team. He was attracted by the Center for Contemporary Media (renamed in 2000 for Eugene S. Pulliam ’35, the late publisher of the Indianapolis Star and the Indianapolis News).

“I talked to a lot of people around the country, reporters, who said I should dabble in as much as I possibly could and that journalism, while great, is not essential, especially if you go to a liberal arts school,” he says. “I think that was great advice because learning a little about a lot of things paid off in my general assignment days as a reporter for different affiliates around the country. … Definitely (DePauw) helped me become what I am today.”

Jill Frederickson: Soaring toward a dream

Jill Frederickson was so enamored by her first Indianapolis 500 race at age 14 that she knew she wanted a career in auto racing. And thus, she informed her mother, she would not need to attend college.

So Frederickson, who, as vice president of production at ESPN, oversees all daytime “SportsCenter” programming, emulated her parents, her older sister, an aunt, an uncle and even her dentist and applied to DePauw. Only DePauw.

“Isn’t that crazy to think about now?” she says.

She majored in religion, homing in on philosophy. “Our classes were so discussion-oriented,” she says. “We were so respected by our professors. You just felt like you had an equal voice and then there was also the demand that you speak up. You don’t hide in the back of a lecture hall at DePauw. … I just can’t even articulate how beneficial that is in life and as an executive, as you try to communicate philosophies to a team of people.”

After graduation, she joined an Indianapolis production company that worked almost exclusively for ESPN. In 2003, she realized her dream of working at ESPN, which was founded by DePauw alumnus Bill Rasmussen ’54.

“Totally coincidental and kind of fate, right?” says Frederickson. “When you’re in sports, I’m not sure there’s any other place to be.”

A trapeze artist succeeds when she connects with a catcher. Christine Olson has soared to career heights by connecting with people.

The vice president of advertising sales at A+E Networks, who runs a team responsible for selling advertising time on A&E®, HISTORY®, Lifetime®, Lifetime Movies™, FYI™ and VICELAND℠ networks, visited DePauw on a lark, invited by a high school classmate traveling from suburban Chicago. “It ended up being a great fit,” where she struck up valuable relationships with professors.

A winter term dissuaded her from a career in hotel and restaurant management, and she opted to study communication and sociology. Her first job wasn’t satisfying; she wanted a career in the creative side of business. So “I really tapped into the DePauw alum group,” she says, “and I met with a ton of alums.”

The connections paid off. A 1987 graduate recommended ad agency work because it “allows you such ownership of your job – and growth,” she says. “I became laser-focused in applying to all the advertising agencies.”

Olson landed a job buying time for direct-response ads for Time Life books and Buns of Steel videos. Soon she wanted to get into traditional television.

Next came BBDO Chicago, where a boss’s mentoring enabled her to move up the ranks. After five years, she moved to Starcom Worldwide, where she executed national TV advertising programs and rose to be senior vice president. She “was starting to itch for a change,” and neither a sabbatical nor a new role sufficiently scratched it.

Christine Olson. She landed at A+E in May 2013, was promoted and then in August was asked to take on expanded duties and run the Chicago office and Midwest region. She moved in October.

DePauw helped her recognize the value of connections and of “the vast liberal arts experience versus being just pigeonholed in one area. It allows you to pivot,” she says. “You’ve tried a lot of different things – those different curriculums. I’m not good at science, but I had to take one. You have to go through that; you have to figure it out.”

While they were at DePauw

Nov. 2: The Morris worm, one of the first examples of malware to infect the internet, is launched.

Feb. 11: Nelson Mandela is released after 27 years in a South African prison.

Oct. 3: Arkansas Gov. Bill Clinton announces he will run for president in 1992.

Dec. 26: The Soviet Union is formally dissolved, a day after Mikhail Gorbachev resigned as president.

Jan. 30: North Korea signs an accord that allows international inspections of its nuclear power plants.

April 29: Four Los Angeles police officers are acquitted of beating Rodney King, setting off six days of riots that resulted in 53 deaths and $1 billion in damages.

May 23: The Class of 1992 hears from commencement speaker Daniel J. Boorstin, the librarian of Congress emeritus, and graduates from DePauw.

The Class of ’92 had a number of other standouts. Here, a few of them explain how DePauw prepared them for their notable careers: 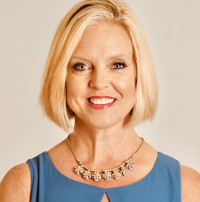 “What changed me? WGRE. Jeff McCall. Friends. Hands-on experience and being challenged to think creatively prepared me for my life/career. DePauw was the foundation.” 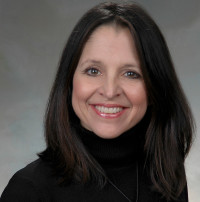 Professional pathway: Communications director for the city of Westfield, Ind. Previously worked as a television journalist; press secretary to then-Lt. Gov. Becky Skillman; and a leader at a digital marketing firm.

“I learned risk and independence by studying abroad for a semester. … The heart of DePauw, manifested in service trips, Bible study, singing groups and interactions with professors like Jeff McCall, are those moments that stretched me intellectually and emotionally. … As a communication professional, if you don’t have all these ingredients, you will be nothing more than a tactician. I like to think I’m a lot more than that thanks, in part, to my DePauw experience.” 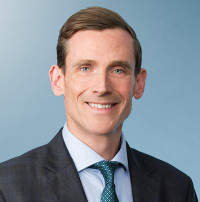 Professional pathway: U.S. judge in the Southern District of Indiana, confirmed in October. Former partner at Faegre Baker Daniels LLP and leader of the firm’s white-collar defense and investigations practice. 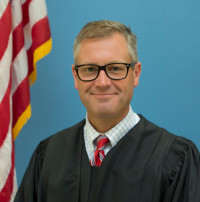 Professional pathway: Judge of Boone Superior Court 1. Finalist for the Indiana Supreme Court in 2016 and 2017.

“Professor Ralph Gray … instilled in me and others that being professional meant showing up and being prepared. … In Ralph’s world, you followed standards, met high expectations, but were a kind human being who enjoyed life. On days when I am able to both adhere to rules, standards and expectations of the law but also be warm and kind to the people before me, those successful days come in large part from DePauw and professor Gray.” 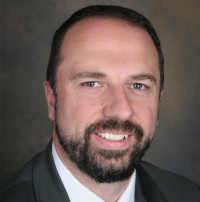 “I learned analytical thinking, general communications, public speaking and solid writing skills. All those skills have been enhanced over time as my career has developed, but the core remains with that DePauw background. As an introverted person, DePauw helped bring me out of my shell so that no one suspects today that I was voted “shyest” in my high school class.” 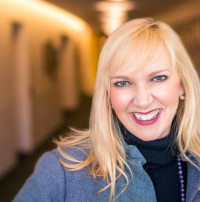 “I utilize my education I received at DePauw every day in my career as an arts administrator. While at DPU, I had opportunities in performance, ensemble playing and communication, including my roles at WGRE. Music majors learn early on that, in order to succeed, you must practice and prepare, which is also true in a non-performance career. … That preparation, along with creativity and collaboration, is essential to my success now and was encouraged and fostered by the faculty I worked with then.” 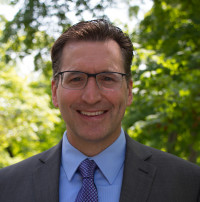 “One of my narratives here is my student involvement at DePauw and specifically my four years on the Union Board. Also the influences the student affairs professionals at DePauw had on me to choose my initial profession.” 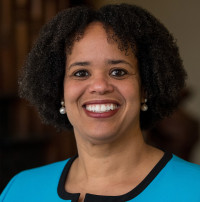 Professional pathway: Tight end coach of the Buffalo Bills. In his 15th year coaching in the NFL after 11 years coaching at universities, including DePauw.

“What about my DePauw experience prepared me for what I am doing today? The easiest answer is the complete experience. That is what makes DePauw special. The campus was absolutely gorgeous during my time at DePauw, and in the 25+ years since my graduation there have been so many amazing buildings constructed on campus. But it is the PEOPLE (students, faculty, staff and administration) at DePauw that truly make it special.”