For Timothy Joseph Allen ’92, painting is akin to getting lost in the woods.

“The painting is finished only once I’ve successfully found a way out,” he said. “I’d also like to think that these inevitable meanderings lead to roads traveled by my heroes, that the emerging challenges and situations that come with each painting might put me shoulder to shoulder with Velazquez, as he examines the economy of a mark, or Rembrandt, as he considers the value of a form, or Caravaggio, as he judges the tilt of a head or the turn of a hand.”

Allen’s artistic journey extends beyond the metaphor, however; he has placed himself physically among the old masters by living and working in Rome and teaching painting at his seven-day Renaissance Retreat in Tuscany. 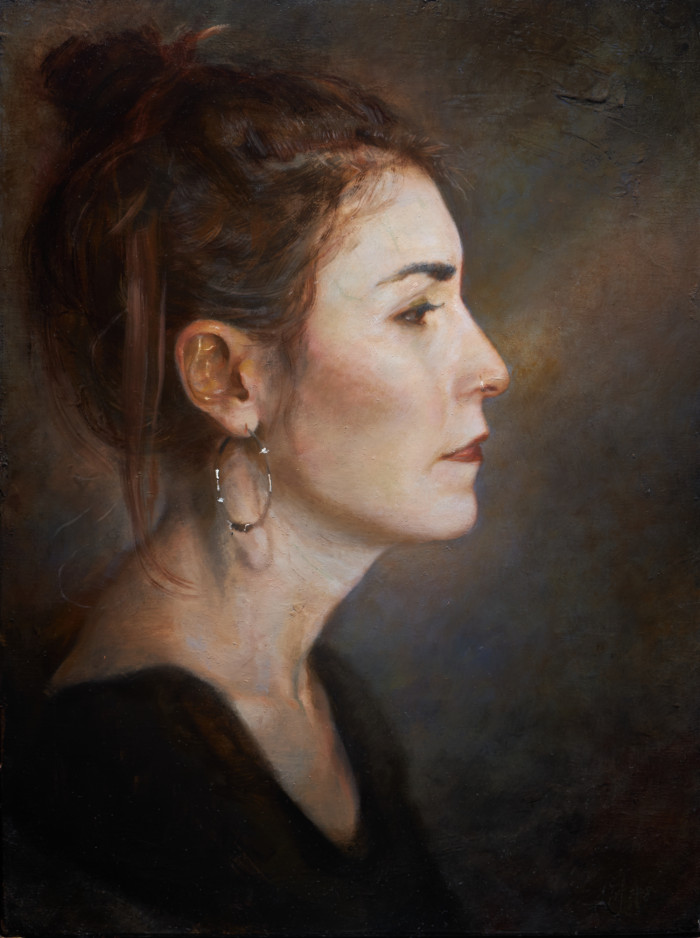 Long before he arrived in Italy, he landed at DePauw, following in the footsteps of numerous relatives, including his father, David T. Allen ’61; a grandfather, a grandmother, aunts, uncles (including former astronaut Joseph P. Allen IV ’59) and cousins.

“Let me take this opportunity to underscore how fundamental it was to my life’s journey to have had professor Robert Kingsley as my drawing and painting teacher during my time at DePauw,” Allen said by email. “I had a class with him every semester for all of my three years on campus. But that was only the beginning. After graduating in ’92, he asked me what my plans were. I didn’t have any, so he asked me to come to Bloomington for the summer to paint … his house!

“It was a month or two later that he came to visit my apartment; I had turned the bedroom into a studio and was working on some large canvases. It was a tight fit, especially with the ceiling. He was there maybe 10 minutes, then said to me: ‘Why don’t you bring these into my studio?’

“I spent two extraordinary years with him as an apprentice in his studio in the downtown square in Bloomington, then moved into a studio next door for the next two years, prior to going to grad school at Indiana University in ’96. So, in truth, my education with him spanned eight years, not four.

“I would not be who I am today were it not for his exceptional instruction in the craft of painting, his guidance and his lifelong role as a mentor.”

“Talent and passion are always welcome additions, but experience has taught me that getting the most from my creative process means having the discipline to get in the studio and the determination to work through the inevitable challenges.”

Allen’s favorite subjects are portraits and full-figure allegories, often life-size, but he also paints landscapes and still-life paintings. He prefers to paint from life, with a model in studio, though that often proves difficult for commissioned work. 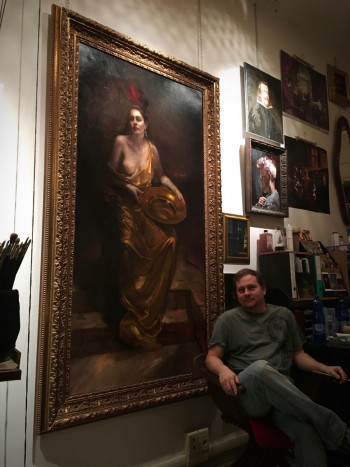 “The depiction of the human form, partial or entire, has always inspired me, even from a very young age,” he said. “I’m sure it started when I was five or six with my love of comic books, which I believe is a common origin story for many figurative painters. In fact, there was a time when I thought I was going to be a comic book artist. But then I discovered oil painting, became enchanted by the facile painters like John Singer Sargent, traveled to Rome for a semester, got to see the works of old masters in person, witnessed the power of full-scale figurative imagery and that was that: My senior show at DePauw was a series of oil portraits.”