He had loved music since he was 4, when he sat with his back to the upright piano as his sister took lessons and felt the rhythmic vibrations, and life as a professional musician beckoned.

But when a teenage Judson Green, already an accomplished jazz pianist and French horn player, expressed his desire to major in music at DePauw University, his father suggested a career in business made more sense.

The younger Green may not have gotten his way, but things turned out fine. His life, in fact, is peppered with similar situations. Judson Green has an uncanny knack for turning lemons into lemonade.

“It’s funny how you choose – you think you choose – a career path. None of my decisions in my life has come from sitting down, thinking through what am I going to do, mapping it all out,” Green said. “It’s rather discovery. It’s rather the creative process. It’s rather take advantage of the opportunities that are presented and make the most of them. And when it starts not to look as attractive, then find another opportunity, because there’s lots to do in the world.”

As a high school senior, for example, Green – named the first chair all-state French horn player – nevertheless had his hopes for a professional career dashed during summer camp. The Chicago Symphony Orchestra’s principal horn player observed that Green’s embouchure – the way he held his mouth on the horn – was suited for the lower register and, Green said, told him harshly that “‘you can be the fourth horn in any symphony in this country but you will never, ever be the first horn. You got that?’ …

“I took 24 hours to think about what he said,” Green said. “He saved me years of frustration, which would have resulted, and in one day I changed that path.”

Then in college, as Green majored in economics but pursued music wherever he could – including playing with a big band around the Midwest on weekends – his father twice adamantly rejected the younger man’s designs on a music career. When Judson wanted to quit DePauw to join the Broadway production of “Hair,” during the Vietnam War, his father reminded him that only college stood between him and his draft number of seven; the answer was an emphatic “no.” When Judson planned to graduate early and head to Boston’s Berklee School of Music to study jazz, his father said “no” again and told Judson to finish his economics degree at DePauw and go to graduate business school. 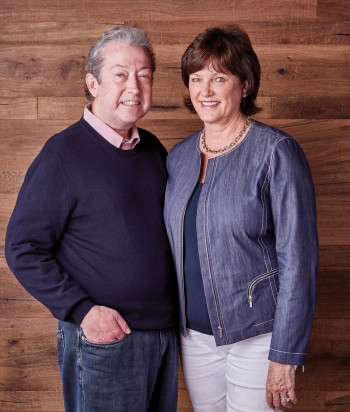 (The third “no” that nixed a music career came from Green himself. When he and his four fellow members of Wakefield Summit, their rock band at DePauw, voted on whether to continue after graduation, Green – loathe to leave behind Joyce Taglauer ’75 – cast the deciding vote: No. He and Joyce have been married 43 years.)

Green complied with his father’s wishes, earning an MBA and a CPA, and a wildly successful business career ensued. For 20 years he worked at Walt Disney Co., where he rose to be chief financial officer and then spent 10 years as president of the theme parks and resorts. Eager for a new challenge, he took over the bankrupt NAVTEQ Corp. in 2000, shepherded it through a successful initial public offering in 2004 and sold it to Nokia in 2008.

“I embarked upon a career that took me in a lot of different directions, although there was always a common thread through all of them of music, believe it or not,” he said. “I wasn’t presenting myself as a musician but I always found a way to use music.”

“If you have a foundation and you’re going to play a 32-bar tune, and you’re going to play it very simply and we agree on the time and the key, we even agree on the leader … then, at least in jazz, you’re basically free to do anything you want to do. And each musician can be as creative as he or she wants to be, but they have to align themselves with the few principles – the foundation that I’m talking about – in order to enable creativity, in order to encourage it. I liked the beauty of that.”

Imagine the top guy playing piano until 4 in the morning at a cast sing-along to celebrate a new hotel or theme park. Or weaving a performance by his jazz quintet through a lecture on leadership before a convention group.

“I did this about 50 times, all while I was at Disney,” he said. “The secret was I wanted to play jazz with my friends, but I also gave this very important lesson about what lessons can be extracted from jazz. …

“If you have a foundation and you’re going to play a 32-bar tune, and you’re going to play it very simply and we agree on the time and the key, we even agree on the leader … then, at least in jazz, you’re basically free to do anything you want to do. And each musician can be as creative as he or she wants to be, but they have to align themselves with the few principles – the foundation that I’m talking about – in order to enable creativity, in order to encourage it. I liked the beauty of that.”

The same concepts apply to business, Green said, where “you want people to be free and creative and pursue what they think is right – but nonetheless be grounded in something, grounded in some beliefs that they can buy into.”

A week after NAVTEQ sold, Green faced the ultimate dreadful experience: He was diagnosed with leukemia.

“Obviously I was not pleased on hearing that I had cancer,” he said, “but I’ll never forget it took 24 hours again for me to say, OK, let’s take stock of what has just happened. I’m a very blessed person and I’ve had a great life and I still have the opportunity for a great life so let’s get on with it. Let’s do what we have to do and then, I don’t mean to be cavalier about this, because every person handles it differently, but I don’t want to cry in my soup over this. I want to make the most of what I’ve been given or what I can do, whatever that entails, and not belabor the cancer.”

Treatment sent him into remission before the leukemia returned in a more aggressive form. The diagnosis “motivated me to record my second CD all within 30 days,” he said of “Just Me,” a solo piano recording. This time, the doctor wanted to do a stem cell transplant. About 130 days after the May 2011 procedure, Green was feeling ill, and he was diagnosed with lymphoma.

He underwent chemotherapy and went into remission, where he remains, though he has suffered two strokes and has graft-versus-host disease, a consequence of the transplant.

He and Joyce gave $15 million to DePauw in 2005 to frontload the $29 million expansion and renovation of what is now the Judson and Joyce Green Center for the Performing Arts. They gave another $15 million in 2013 to launch the 21st Century Musician Initiative, intended to re-imagine the music school curriculum to train students to become entrepreneurial professionals. They also purchased the building and established Music on the Square, then gave the performing arts center in downtown Greencastle to DePauw.

Green, who was a music composition minor at DePauw, has written numerous songs and recently recorded his sixth CD. He is contemplating calling it “Gratitude.”