She has sung across the globe, graced nearly every major opera house in the world and won acclaim from opera lovers and reviewers alike. And to think that the illustrious opera career of soprano Pamela Coburn ’74 turned on a single choice of opera over tennis.

Coburn had come to DePauw University with a plan to major in music education “just because I like kids and I could sing,” she says. “I didn’t really know what kind of a talent I had because I didn’t do much in high school in musicals or anything.”

During her sophomore year, her voice teacher, Edward White, asked her to sing for DePauw’s opera. She agreed to audition – though she had never seen an opera – and prepared an aria that won her the role of Suzanna, one of the leads in “The Marriage of Figaro.” But when White told her how much time rehearsals would take, Coburn balked. 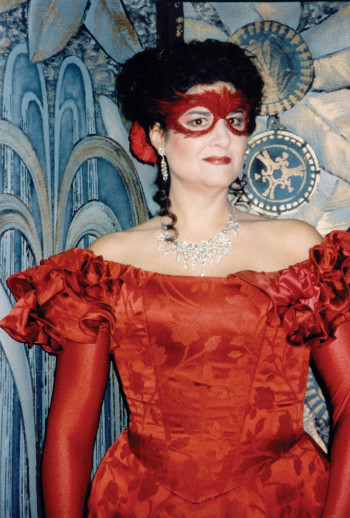 White pushed; she relented. Opera it was.

“The minute that I stepped on stage with lights and the orchestra and the costumes and the public, I knew that was what I was meant to do for the rest of my life,” she said. “It was like an epiphany. I loved every minute of it. I loved being on stage. And I have loved it ever since.”

After that performance, Coburn won other lead roles at DePauw, which she called “a great first school for a bachelor’s because you get a well-rounded education, and it’s not just like a conservatory where it’s just music, music, music, music. … I loved the education that I got at DePauw because of all the diverse things I had to take. So I think for a young singer it’s really good to have someplace that’s a little smaller that you get more attention, more chance to perform.”

As her undergraduate days wound down, White, who “taught me the technique that has held me through my entire career” told his own former opera teacher about her. Leonard Treash of the Eastman School of Music, on an audition tour in the Midwest, came by DePauw to hear her; Eastman offered her a full scholarship and an assistantship for graduate school.

Coburn, at 28, signed a three-year contract with the Munich Opera House in Germany. Over the three years, she had to turn down numerous offers from other opera houses, so when the contract expired, she went out on her own. Munich kept her on as a guest soloist and she began singing operas, oratorios and solo concerts of arias with orchestras at major houses around the world.

She particularly enjoys playing the countesses in “The Marriage of Figaro” and “Die Fleidermaus” and the marschallin in “Der Rosenkavalier.” To prepare, she delves into the character and “what was going on in the world so I know how women were treated.” The roles require “lots” of acting; “you can’t just stand on stage and sing like they did in the olden days. …  You really have to be able to act. It’s a whole new thing, really. The public demands it.”

“I feel closest to God when I am performing. … I just feel what I have is a gift and so, when I’m singing, I give it back to the audience, trying to touch someone’s life in some way to have music or what I’m singing help them lessen whatever crisis or concerns they have that day. That’s kind of what it does for me. It fills me up so that I can give it out again.”

Despite her preparation, and no matter how many times she has performed a role, she is nervous right before she goes on stage. “If I’m not nervous for the performance, then I’m worried because I need the adrenalin,” she says. And she yawns – a reaction of the parasympathetic nervous system, she says – “to take my nerves away.”

Coburn performed periodically at DePauw and the school approached her in the early 2000s to return as a visiting professor. “I had too much going on and it wouldn’t have been fair to the students because I would have been gone a lot,” she said. But when DePauw raised the matter again in 2004, Coburn, recognizing that she missed America, accepted the offer for the upcoming year.

Her visiting professorship became a permanent position and Coburn stayed 13 years – something she did not anticipate – “but I loved every minute of it. And they must have liked what I was doing. … When I hear a student who has changed his technique for the better because of something that I have said, that gives me such satisfaction and thrill to hear them, because you see it on their face.” 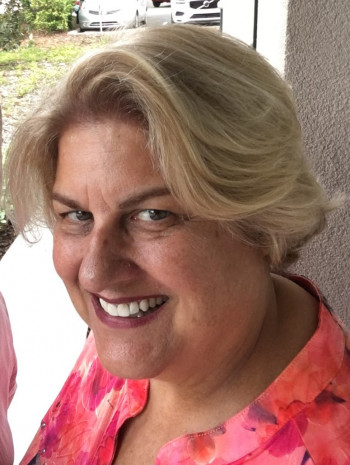 She considers herself semi-retired, though she still teaches voice in private lessons and performs occasionally in churches. She has a recital scheduled in Philadelphia next year, a favor for a friend. She also has an acting job at a nursing school where she plays a patient or family member in a health care setting.

Her voice is still in good shape, Coburn said, though she has less stamina and is uncomfortable singing lower and especially high notes.

“I can sing anything in the soprano voice that’s not horribly, horribly high,” she said. “I don’t really have high Cs anymore, which is the money note – high C and above. But I don’t need those. I had them and I used them and I loved them and now I don’t have them. And it’s OK.”