The Media Wall of Fame

DePauw University and the PCCM annually honor alumni for their contributions to the Media. 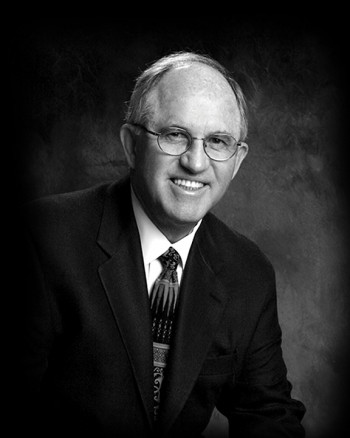 In his DePauw junior year Bayard “Bud” Walters realized he was a lousy Disc Jockey, but that he loved the difference local radio, and especially WGRE, could make in the community. Thus, he focused on broadcast management and ownership as a possible future. Over a more than 50 year career Walters’ Cromwell Group, Inc. has developed (many from scratch) over 40 radio stations, and been a launching pad for the careers of young people wanting to experience media. In that time, he has been a recognized industry leader, receiving the National Radio Award from the National Association of Broadcasters, and being inducted into the broadcast association Halls of Fame for Illinois, Kentucky, and Tennessee. The Broadcasters Foundation of America recognized him as an industry pioneer.

Walters describes his 4 years at WGRE as an “extra-curricular activity that was really full-time.” After graduation, he served four years as an Air Force Information Officer, and then returned to Indiana, earning an MBA at IU Business School. One course called for a “dummy” FCC application to build a radio station. Instead, he wrote a real application for a station in the small town of Hawesville, Kentucky.  The FCC decision took some time. In the interim, Walters joined Chicago’s Leo Burnett Advertising Agency, learning how media is bought and sold, and about national level marketing. When the FCC granted his application three years later, he moved to Kentucky to build WKCM. The first staff included retired DePauw Professor, WGRE Advisor Elizabeth Turnell, and three recent DePauw graduates. As of July, 2018, Cromwell had 31 stations, including the original Kentucky station and five in Nashville, Tennessee, which he and wife Rosemary have called home since the 1970s.

As the technological world evolves with more choices for the public, Walters believes local media content has to be relevant and available wherever, and however, the public wants it: “over the air, on social media, on the Internet for streaming, for apps on smart devices, on digital automotive dashboards, and anything else that comes down the pike.” 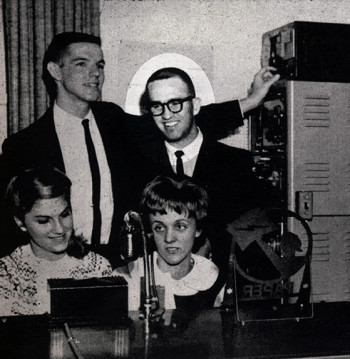 Bayard “Bud” Walters has been Chairman of, or served on, the Boards of the Radio Advertising Bureau, Tennessee and Kentucky Broadcasters Association, the Illinois Broadcasters Foundation, the National Association of Broadcasters, and the Radio Music Licensing Committee. He was a media participant in the music industry’s “Leadership Music.” Bud has been a national leader on a myriad of broadcasting and music issues, regulation and policy. His radio stations have focused on serving smaller communities using the motto “make a difference where you are” and “build up don’t tear down.” As a result, the stations and their staffs have received numerous national, state, and local recognitions, in addition to being important to their individual communities.

Bud served on The DePauw Board of Trustees for more than 20 years, and was chairman of the Pulliam Center Advisory Board for a number of years. He’s proud that nearly 1/3 of DePauw students have an activity in the PCCM, and that 10% of the student body does something on WGRE. It all began for Bud with WGRE’s farm news program that he was assigned to do because he had a southern accent. The accent has mostly disappeared, but he’s glad he had it when he came to DePauw.