Media "Increasingly Not Up to the Task," Pulitzer Prize-Winner Bob Woodward Says in Ubben Lecture 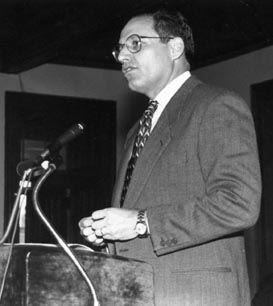 [Download Video: "Bob Woodward" - 1123kb] "Those of us in this business are increasingly not up to the task that is before us: to explain what is going on," Bob Woodward told an audience at DePauw  University today.  Woodward, one of the reporters who put Watergate on the front pages of newspapers across America,  is assistant managing editor for the Washington Post and a winner of many national awards, including the Pulitzer Prize. Presented by the Timothy and Sharon Ubben Lecture Series, Woodward spoke on "The Press and the Presidency."

The journalist says the "most immediate evidence" that the media are coming short in their coverage "in a very vivid way" is the outcome of last month's congressional elections.

[Download Audio: "Vivid Evidence" - 270kb] "You look at the coverage and you will see that no one really gave the public a signal that we were in for a big change," Woodward told the audience in Meharry Hall of historic East College.  "We missed the big change.  I'm not saying that somebody failed to predict 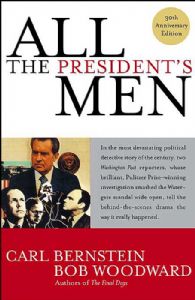 it, but the elements in the change were not throughly enough reported anywhere," he stated.

"We have reached the point where anyone can say almost anything about anybody and get away with it, at least initially," the journalist asserted of the current news climate.  "In the long run, the truth tends to come out," he added. "In history, these things get sorted out pretty well."

Woodward was just 29 when he and Carl Bernstein began covering Watergate, which began in 1972 as a break-in at the headquarters of the Democratic National Headquarters in Washington and ended with the resignation of President Richard Nixon two years later. The burglary triggered an order from the president for a massive cover-up, which eventually involved the FBI and CIA. Their reporting was widely disbelieved at first by journalists and politicians alike. But as their stories gained more credibility, Watergate became a front-page story all over America. 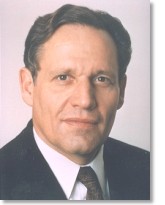 Finally in 1974, the President himself resigned under pressure, and the two Washington Post reporters are credited with playing a major role in the downfall of the Nixon presidency.

Their coverage won the Pulitzer Prize for the Washington Post and led to a best-selling book by Woodward and Bernstein, All the President's Men, which then became an Academy Award-winning movie. Robert Redford played Woodward in the film.

Since the Watergate story, Woodward has often been involved in controversial journalism, especially through his seven books. One, The Brethren, was the inside story of how the U.S. Supreme Court reaches its decisions. Several jurists and lawyers blasted the book because it stripped the veil of secrecy from court operations, but it became a best-seller. His next book, a biography of 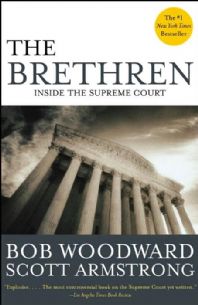 former CIA director William Casey, asserted that the Iran-Contra scandal during the Reagan administration was a calculated effort to trade arms for hostages, and that everyone at the top levels of the administration, including former Presidents Ronald Reagan and George Bush, knew what was going on.

His most recent book is The Agenda, released just a few months ago. It details the inside workings of the White House during the first year of the Clinton administration. It painted a picture of confusion and ineptness among the White House staff. Shortly after the book hit the stores, President Clinton reorganized the staff.

Woodward announced that he will return the honorarium for his speech to DePauw, where it will be used to fund more speakers and student internships.