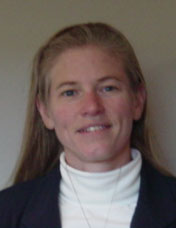 One major objective of the project is to facilitate the advancement of senior women science faculty members at liberal arts colleges to the highest ranks of academic leadership. Additionally, the project will evaluate effective mentoring mechanisms including cyber connections for women faculty at liberal arts colleges as compared to other types of institutions. Members of the 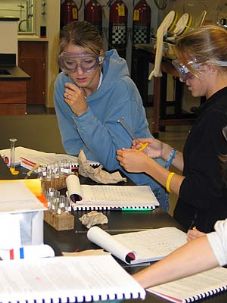 mentoring alliances will also offer programming on their home campuses to expand the reach of this award.

"The presence of senior women faculty in the highest ranks of academic leadership enables female students to self-identify as potential scientists and engineers, thus having a powerful influence on their choice of career," noted the four professors in their grant proposal. "Yet only 1.8% of faculty members in universities and four-year colleges holding doctorates in the physical sciences are female full professors with 20 years or more experience beyond their doctorate," compared with 26% among men.

"Kerry, Laura, Miriam and I are excited to build on connections we began through a Mellon Cluster award and further facilitate the success of senior women scientists in liberal arts settings," Professor Gourley says. "Our hope is that by working from the top we can impact the largest number of individuals, benefiting not only our colleagues but all of our students as well. The workforce is gradually changing and all students need to be prepared for working in an environment that may not reflect what they expect."

Gourley, who has served as director of DePauw's Science Research Fellows and Women in Science programs, also served as host site chair for the 2006 national conference of the Council on Undergraduate Research (CUR), which brought more than 550 people to DePauw June 24-27. Details can be found in this previous story.