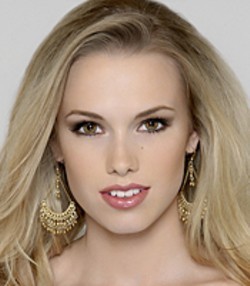 Myrehn -- a Management Fellow, economics major and Spanish minor -- is the daughter of two DePauw alumni, Bruce '82 and Kimberly (Holycross) Myrehn '83. Her brother, Ryan, graduated from DePauw in May 2011, and was featured in this previous story.