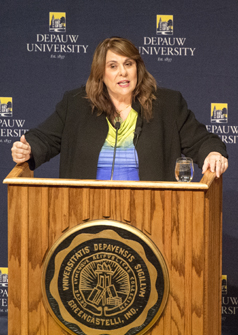 Romney, Candy Crowley said to a DePauw University audience, “To me, this debate is about you guys.” CNN’s chief political correspondent told an audience in Kresge Auditorium tonight that as she prepares for the 90-minute session, she asks herself, “Can I get them to tell us something that will explain who they are, what they believe in? My dream for this debate is that nobody sitting at home throws a shoe at the TV and says, ‘Why didn’t she ask him that?’.”

Crowley delivered a Timothy and Sharon Ubben Lecture, "Campaign 2012: A View from the Front Lines.” Her remarks came, as she noted, “41 days, 1 hour and some change” before the 2012 election is history.

“I think it should be fairly obvious, as we look at all the evidence coming in -- and by that, I mean, the polls and the underlying numbers in the polls -- that we go into the fall election advantage Obama,” Crowley noted. “And it’s for several reasons, 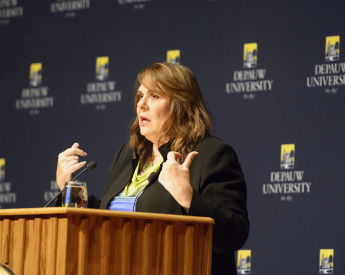 but I will hasten to say that it’s not over, and I think everybody understands that.”

An award-winning journalist who has covered presidential races since 1984, Crowley noted, “This is not a national race; this is about nine states.” Crowley says undecideds and “fungible voters, the persuadables” in Colorado, Florida, Iowa, Nevada, New Hampshire, North Carolina, Ohio, Virginia and Wisconsin will decide the winner of the electoral map. President Obama is running even or ahead in those states, which “does not spell particularly good news for Mitt Romney.”

Three states -- Ohio, Florida and Virginia -- are the ones to really watch, the veteran journalist told her DePauw audience. “Mitt Romney, to win, needs all three of those. He needs more than that, but it is very hard to chart a path to those 270 electoral votes unless he wins (in those states) or unless 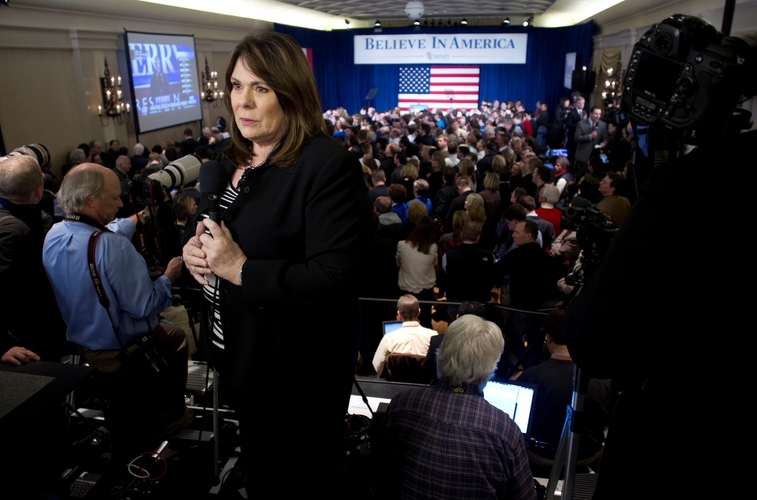 there are some surprises out there we don’t know about.”

But the Obama campaign “can’t get too comfortable,” in Crowley’s assessment, as polls show voters are pessimistic about the economy and the state of the nation and 5-to-7% of voters in some key states are undecided.

“The president is under 50%; he’s leading Mitt Romney, but he’s under 50% in some of these (swing states).  That’s a danger sign for any incumb 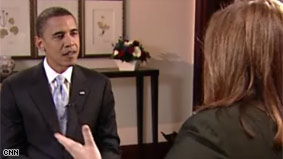 ent," according to the CNN reporter. "The most known quantity in this race is President Obama.  So, if they’re not sure now, the person they know least about is Mitt Romney, and traditionally late-breaking voters go for the least-known candidate.”

Much could change in the coming weeks as the campaign comes down to the wire, and key for the incumbent will be whether young voters and minorities vote in the large numbers they did in 2008.

The anchor of Sunday's State of the Union with Candy Crowley, 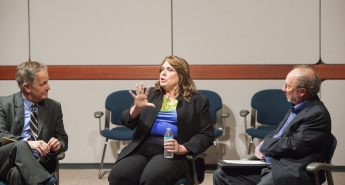 tonight's Ubben Lecturer came to CNN in 1987 from NBC News. She previously served as White House correspondent for the Associated Press and anchored for Mutual Broadcasting. Crowley has received the Edward R. Murrow award and the Joan Shorenstein Barone Award for excellence in journalism, among many honors.

Her day at DePauw began with an afternoon student forum at the Pulliam Center for Contemporary Media, moderated by Bob Steele '69, Phyllis W. Nicholas Director of DePauw's Janet Prindle Institute for Ethics and Distinguished Professor of Journalism Ethics, and Ken Owen '82, executive director of media relations and coordinator of the Ubben Lecture Series.  She also met with DePauw student reporters and joined

members of the campus community for a reception at the Inn at DePauw.

Elections usually are decided by a number of factors, Crowley said, but the three upcoming debates could be key in a tight race.  “Can people look at (Governor Romney) standing toe-to-toe with the president -- they don’t have to envision President Obama as president because he’s already president; they do have to try to envision Mitt Romney in the Oval Office.  So this is his chance to share a stage with the president and to shine.”

Crowley says she’s hard at work on preparing for the town hall-style debate she’ll be moderating October 16 in in Hempstead, New York.  She was careful to note that she’ll be working on possible questions up until the event, but did tell the students, faculty, alumni and local residents gathered at DePauw, “I don’t think that the conversation that needs to be had in this country 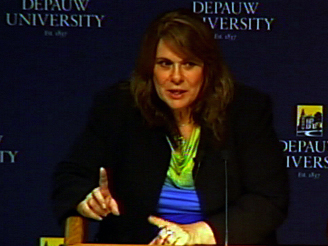 is taking place on the campaign trail.”

She continued, “This race really is about what do you want your government to be responsible for?  How far should the federal government go to a) help students, b) where’s the cutoff for who we want to help in various places? Everybody wants a safety net -- who does the safety net hold and who doesn’t it hold?  What’s the role of the government when the economy is terrible?  Should there have been more stimulus, should there have been no stimulus.  These kinds of discussions, in-depth, aren’t taking place.  There’s a chance for that to happen but neither one of these guys has been at all specific.”

The solution to ending the partisan politics of recent years rests with voters, in Crowley’s view.  “We are now listening to the people we agree with.  We are uncomfortable by hearing people espouse something different. We read things we agree with. 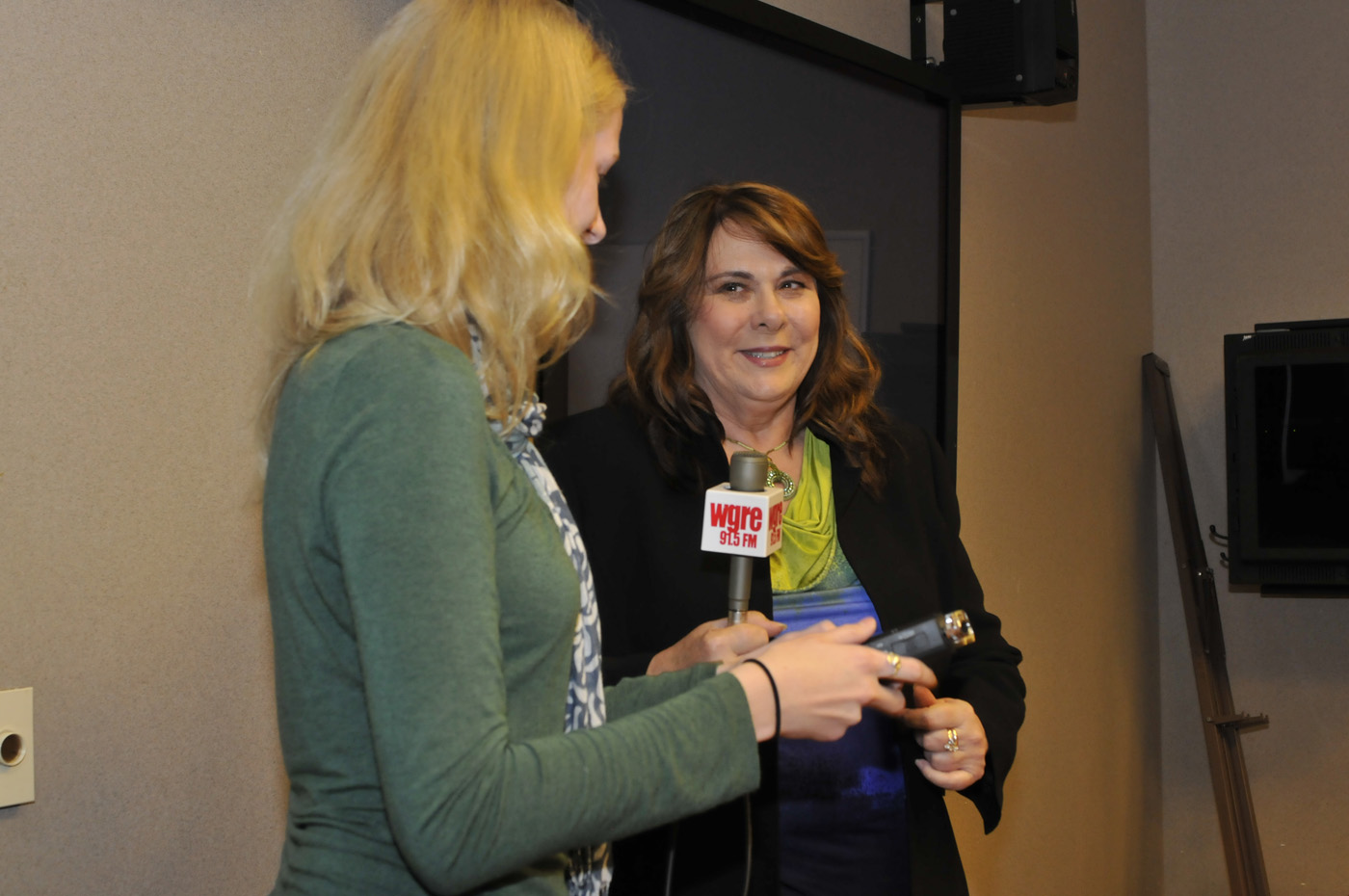 And I think this has tended to further split the country.”  Redistricting – which creates heavily Democratic or Republican congressional districts – has also created a more partisan America, she says.  “Last time, 245 -- more than half of the sitting members of the U.S. House -- won by 60% or more in their districts.  So what is the incentive to find the middle ground?”

Crowley believed Hillary Clinton would not be a candidate in 2016 -- until this morning.  Crowley says the Secretary of State’s speech earlier today at the Clinton Global Initiative sounded presidential.  On the Republican side, New Jersey Governor Chris Christie (“The only guy I know who can shout at a teacher and people loved it”) and Florida Senator Marco Rubio would be considered early front-runners.

Established in 1986 through the generous support of 1958 DePauw graduates Timothy H. and Sharon Williams Ubben, the Ubben Lecture Series is designed to "bring the world to Greencastle." 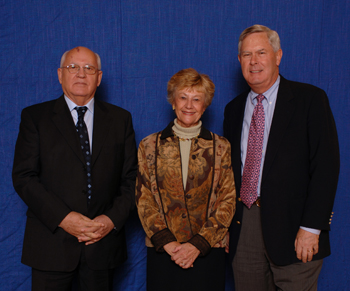