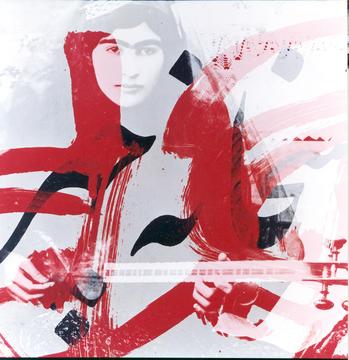 "Persian Visions: Contemporary Photography from Iran," an exhibition of 58 works of photography and video installations by 20 of Iran’s most celebrated photographers, will be on view at DePauw University's Richard E. Peeler Art Center from February 10 through May 8. The exhibition, which is free and open to the public, gathers personal perspectives of contemporary Iran filtered through individual sensibilities, which simultaneously addressing public concerns. (at right: Image of Imagination 2, Bahman Jalali, 2003

Iran has long distinguished itself with the spectacular quality and international presence of its visual art and film. With the backdrop of increasing attention given to the art and culture of Iran and the current political crisis in that part of the world, an exhibition with this focus is most timely. In expressing their many different visions of their world, these artists offer a look at both private and public realms. Their perspectives contradict the way many foreign photographers typically capture Iran on film as purely exotic.

Shokoufeh Alidousti offers self-portraits and family photographs exploring both cultural and female identity. Esmail Abbasi draws on Persian literature for his subject matter with contemporary notes on the present 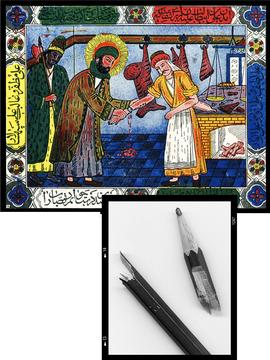 circumstances in Iran. Shahriar Tavakoli focuses on his family history through a series of portraits capturing the subtleties and mood of the Iranian family. In Koroush Adim’s Revelation series, the images in the exhibition that feature the veil acknowledge this sign of culture, and yet the “revelation” is anything but simple. Shahrokh Ja’fari’s use of unusual spacial rendering in depicting the veiled figure demands that the viewer look harder and think harder about what can be revealed through the visual. (at left: Generous Butcher, Esmail Abbasi, 2003)

The images presented in "Persian Visions" cannot entirely surmount the physical and cultural distance between Iran and the United States; nevertheless, the exhibition builds a visual bridge that allows for differences, even as it leads viewers to new awareness of other ways of being and seeing. 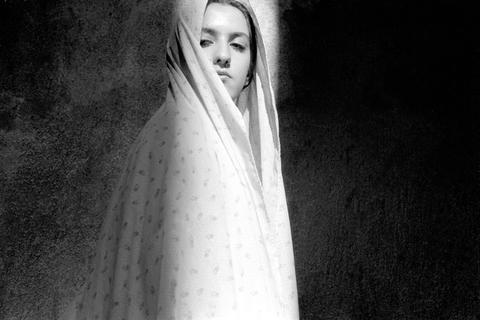 nternational Arts & Artists in Washington, D.C., is a non-profit arts service organization dedicated to increasing cross-cultural understanding and exposure to the arts internationally, through exhibitions, programs and services to artists, arts institutions and the public. (at right: Revelations 2, Koroush Adim)

Click here for more information about special events associated with this exhibition or contact Craig Hadley at (765) 658-6556 or at craighadley@depauw.edu.