Prof. Jeff Kenney's Islam in the Modern World is Published 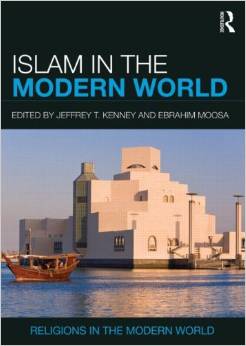 Simon A. Wood, an associate professor of religious studies at the University of Nebraska-Lincoln, calls the book "An important work that brings together an impressive range of essays by noted and emerging scholars working in a variety of fields. The book makes a significant contribution to the ongoing discussion on the nature and evolution of modern Islamic culture, explored across a diverse range of global contexts."

Learn more, and order a copy, at Amazon.com.

Dr. Kenney  is the author of Muslim Rebels: Kharijites and the Politics of Extremism in Egypt, which was published by Oxford University Press.  Learn more in this previous story.