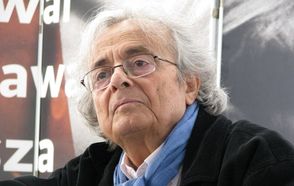 Adonis -- "the greatest living poet of the Arab world," in the words of the UK's Guardian, and according to the New York Times, "a perennial favorite to win the Nobel Prize in Literature" -- is coming to DePauw University. Considered one of the most influential and dominant Arab poets of the modern era, Adonis will present a reading on Wednesday, September 30 at 7:30 p.m. in Thompson Recital Hall, located within the Green Center for the Performing Arts. The following day, October 1, he will engage in a question-and-answer session, "Poetry and Freedom: A Conversation with Adonis." It will take place at the Prindle Institute for Ethics and begins at 4:15 p.m.

Wednesday's reading is presented by DePauw's James and Marilou Kelly Writers Series. The Q&A session will be led by Joseph Heithaus, poet and professor of English at DePauw. Both events are free and open to all. 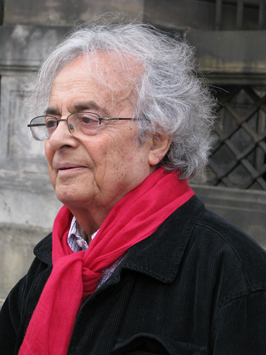 "I hope we can talk about how poetry responds or exists with world events," Heithaus says.  "Given the situation in Syria and Europe's shifting response on the refugee issue, the perspective of a Syrian/Lebanese poet who has lived for many years in France will be quite interesting.This is a rare and amazing opportunity for our campus and community to interface with one of the world's great writers and thinkers."

Born Ali Ahmad Said Esber in Syria, Adonis is "a poet, critic and essayist, and a staunch secularist who sees himself as a 'pagan prophet'," wrote Maya Jaggi in a Guardian profile. "Adonis has been writing poetry for 70 years. He led a modernist revolution in the second half of the 20th century, exerting a seismic influence on Arabic poetry comparable to TS Eliot's in the anglophone world. Aged 17, he adopted the name of the Greek fertility god (pronounced Adon-ees, with the stress on the last syllable) to alert napping editors to his precocious talent and his pre-Islamic, pan-Mediterranean muses. Since the death of the Palestinian poet Mahmoud Darwish in 2008, it would be hard to argue for a poet of greater stature in a literary culture where poetry is the most prestigious form as well as being popular."

Charles McGrath of the New York Times noted that in the Arab world, Adonis "is a renowned figure, if not everywhere a beloved one. 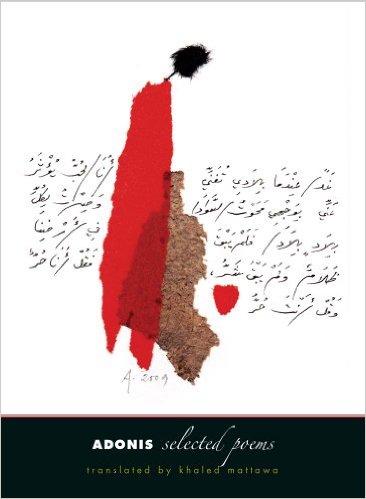 He is an outspoken secularist, equally critical of the East and West, and a poetic revolutionary of sorts who has tried to liberate Arabic verse from its traditional forms and subject matter."

Adonis has published twenty volumes of poetry and thirteen of criticism. His dozen books of translation to Arabic include the poetry of Saint-John Perse and Yves Bonnefoy, and the first complete Arabic translation of Ovid’s Metamorphoses (2002). He has been regularly nominated for the Nobel Prize in Literature since 1988. His honors include the International Poetry Forum Award and the Bjørnson Prize.