A Closer Look at Food 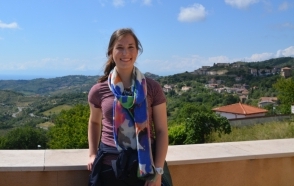 Cullen Hunter ’17 is the first DePauw student to ever study at the Gustolab International Institute for Food Studies. During her 5 weeks in Rome over the summer of 2016, she took Elementary Italian Language and Food, Nutrition, and Culture in Italy classes. During her time, Hunter used interdisciplinary approaches to consider the causes and affects of food consumption practices. In addition to the reading assignments and discussions, her class also had assignments and trips that involved traveling the city and beyond to experience the food culture for themselves. One assignment sent the class to find the McDonald's located by the Spanish Steps, the site in which the Slow Food Movement began.

She was amazed by the amount of pride Italians took in their food and the preparation of it. She noted the difference between their culture and typical American culture in saying, “they see food as life giving rather than life sustaining.” For instance, in the beginnings of her Italian language class, the professor would ask them what they ate the night before to break the ice. She would then ask them with whom they ate it and was astounded when they would respond that they just ate by themselves. Hunter explains that she reacted this way is because Italians view meals as experiences and opportunities to spend time with others. 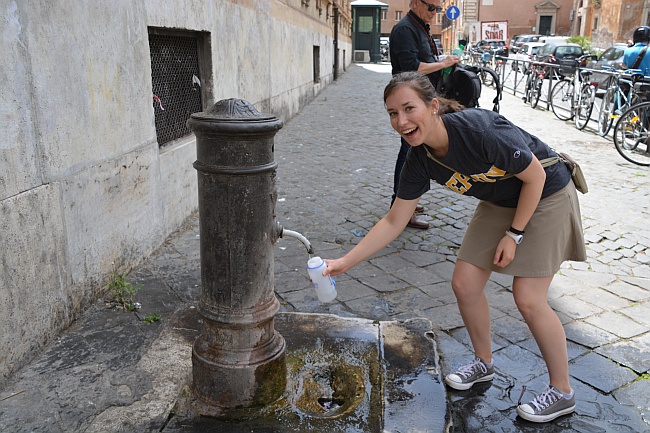 A highlight of her time abroad was the trip her program took to Cilento. They traveled to this region in southern Italy in order to investigate whether the Mediterranean diet was still alive. She explained that they were rather disappointed because the traditional diet was not as prevalent as they had hoped. Some major international restaurant chains had taken hold in the area and were beginning to become more popular. However, they did experience some aspects of the culture and cuisine that were still present.

Hunter first learned about Gustolab International Institute for Food Studies through her involvement in the Environmental Fellows Program. Although she only participated in the shorter summer program, there are also semester-long programs available -- in fact, Hunter is now the DePauw ambassador for Gustolab. Not only did the experience open her eyes to all the avenues in which she could pursue her interest in food and nutrition, she also received class credit and fulfilled her practicum requirement for the Environmental Fellows Program.

Thanks to her time in Rome at Gustolab, she is currently considering Chataum University’s Masters Program in Food Studies. This program takes a cultural rather than hard science approach to nutrition and diet and would build off of her interdisciplinary major in environmental biology. She is also considering food science lab research and development or becoming a registered dietitian -- but she notes that no matter which of these options she choses, her experience with Gustolab helped pave the way. Reflecting on her time in Rome, she says,  “it was eye opening and difficult at times, but I gained new academic insights, and I learned things about myself, which is all I could have asked for.”