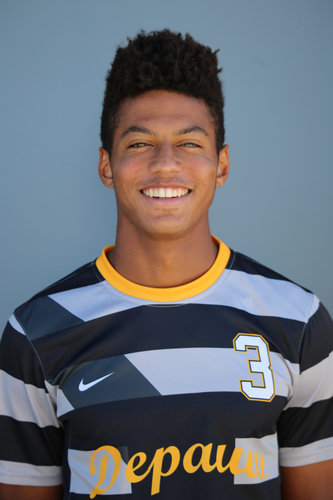 Adrian Ables, a 2016 graduate of DePauw University, has been signed by Indy Eleven, the Indianapolis franchise in the North American Soccer League.

A midfielder, "Ables spent all four years at DePauw University in Greencastle, IN, and tallied 18 goals and 17 assists in 75 total appearances," the team notes in its announcement. "In his final year as a Tiger, the midfielder started 18 of 19 contests and featured on the All-NCAC Second Team. To begin his professional career, Ables returned to his home state [of Oklahoma] to sign with former NASL club Rayo OKC, making one appearance across last year’s 32-game slate. Not returning in 2017, Indy Eleven head coach Tim Hankinson then welcomed Ables as a trialist in early April. After a successful spell with the 'Boys in Blue,' Hankinson made the decision to offer him his second professional deal."

"We started the season with a much smaller squad than is normal due to injuries, so adding an additional player for the day-to-day will be a big benefit," the coach said. "Adrian brings a great deal of pace and his ability to breakaway is a real plus. He gives us an option when we don’t have as many bodies available and fits the mold for what we were looking for." 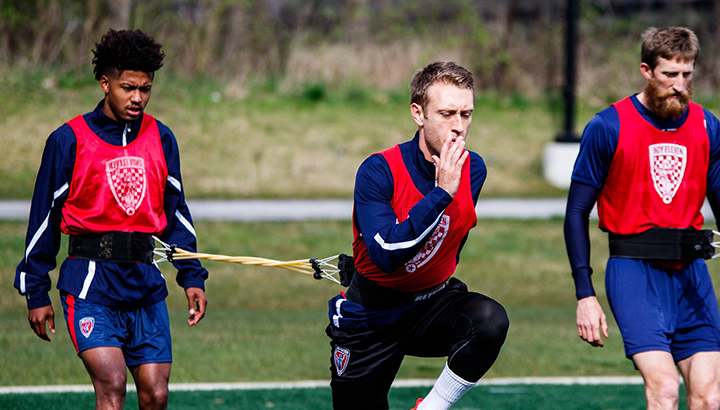 Ables, who majored in computer science at DePauw, states, "It’s fantastic. I have trained and played with the team before and so now to be on the roster and have a chance to step on the field is awesome. It’s a blessing to wear that emblem on my chest."

Today's announcement also points out that Ables is serving as an assistant men's soccer coach at DePauw under head coach Brad Hauter '87. "Taking on the role with DePauw and Coach Hauter being there is special for me. I grew up there and wanted to impact the school and give back what they gave to me.That, plus the opportunity to give back to the Indiana community, aligns with my goals as a player. I want to impact the team and be successful, but I also want to impact the community and help others. It’s how I got to where I am today."