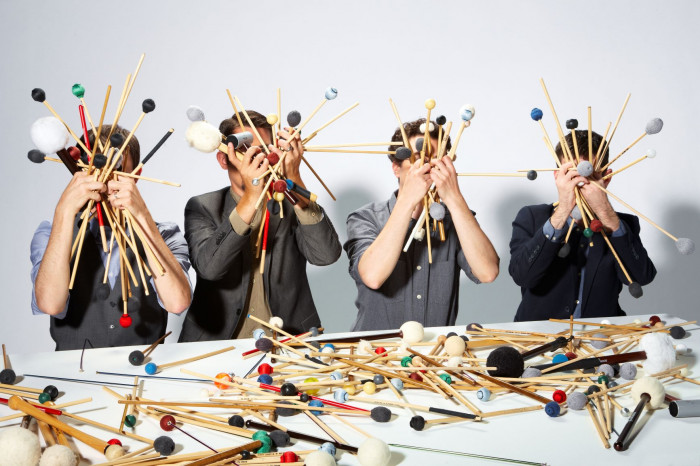 The concert, “Paddle to the Sea,” will be available on the DePauw Music website, the School of Music’s Facebook page and YouTube. The livestream is free and open to guests worldwide.

The Chicago-based ensemble composed a new score for the 1961 film by the same name and will perform it with the film alongside existing works inspired by impressions of water and the natural world, including music by composers Philip Glass and Jacob Druckman and the traditional music of the Shona people of Zimbabwe.

A direct connection with the audience is at the core of all of Third Coast Percussion’s work, whether the musicians are speaking from the stage about a new piece of music, inviting the audience to play along in a concert or educational performance or inviting fans to create new music using one of the group’s free mobile apps. The April 22 concert will include a live chat feature for online audiences.