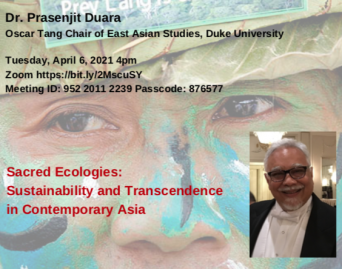 DePauw’s Asian Studies Program stands by the Association for Asian Studies (AAS) Statement on Anti-Asian Racism and Violence (below). We denounce all forms of racism and violence against Asians, Asian Americans, and Pacific Islanders.

Statement issued by the AAS Board of Directors

The Association for Asian Studies condemns the escalating violence and ongoing harassment directed at Asians, Asian Americans, and Pacific Islanders and stands in solidarity with community leaders, students, and educators who are actively engaged in anti-racist action and serving the needs of the most vulnerable members of the AAPI community. The March 16, 2021 killing of eight people, six of whom were Asian American women, in Atlanta constitutes the latest in an awful history of racist and misogynist acts of terror inflicted upon U.S. citizens and residents.

As scholars of the languages, cultures, societies, and histories of Asia, we value the critical examination of the ways in which trans-Pacific dynamics impact the perception of Asians and Pacific Islanders in America. The recent escalation of anti-AAPI violence is not simply a matter of individual acts of racism or misogyny. All too tragically, the U.S. government consistently has fostered, perpetuated, and exacerbated the belief that members of AAPI communities are foreign others through its history of exclusion acts, restrictions on naturalization, characterization of Asian women immigrants as potential prostitutes, and the incarceration of innocent Japanese Americans during World War II. The politicization of COVID-19, such as mocking references to China or Wuhan, has further inflamed anti-AAPI sentiments, legitimating the belief that all members of AAPI communities can be reduced to virus carriers and not treated as human beings. Sites tracking anti-AAPI violence and harassment have reported thousands of incidents since the start of the pandemic.

As the largest scholarly association for Asian Studies in the world, we cannot remain silent in the face of ongoing attacks on members of the AAPI community. We express our deepest sympathy to the families of the most recent victims and call upon our political, university, and community leaders to address this urgent crisis.

Here are some resources that may be useful: