DePauw offers a major and minor in German as well as German Studies.  We offer both the opportunity to study Germany’s rich and problematical past (the great cultural achievements in literature, philosophy, music, and the arts in the last three centuries as well as an examination of the consequences of the many historical crises in German-speaking lands) as well as to obtain a thorough ability to navigate Germany’s present (through coursework on German language and contemporary culture).  The graduating German major should be well equipped to pursue future study in German or another field, or to begin a career with connections to Germany and German culture.

Find out "Why I Study German"

Our language program runs for five semesters (GRMN 111, 112, 211, 212, 304) and aims to raise students’ proficiency levels to the point where they can study abroad at a German university.  Our program of study of literature and culture for the German major begins with a survey course (GRMN 307) which introduces the most important trends in German history, literature, and culture from 1750 until the present, and continues with courses covering a variety of interdisciplinary topics (see below for descriptions of this year’s classes and a diagram illustrating our range of courses).  In these courses, we also further German skills and work on developing our writing abilities.  Our capstone German senior seminar includes the completion of a long piece of original work in German.  The German Studies major/minor has been designed to provide increased value to all students interested in the relevance of Germany to their other studies, and to permit the freedom for in-depth and focused engagement in a student’s primary chosen field.

Map of the German Curriculum 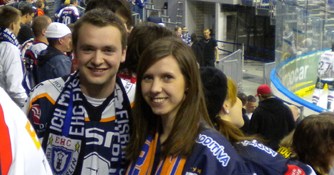