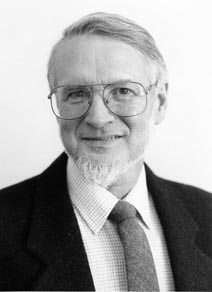 May 29, 2008, Greencastle, Ind. - "For the past twenty years a visionary has been hard at work along the byways of Indiana, studying, documenting and urging the preservation of historic metal and concrete bridges," says Marsh Davis, president of Historic Landmarks Foundation of Indiana. "Dr. James L. Cooper has persisted in his message that old bridges -- as much as pretty buildings -- are richly expressive of our cultural heritage and are resources worth preserving. Cooper sees these bridges as products of resilient human enterprise and ingenuity, and finds beauty in the rational geometry of the structure."

Cooper, professor emeritus of history at DePauw University, is featured in a story in Indiana's Greensburg Daily News which previews an event Saturday that will celebrate Decatur County's stone arch bridges. Dr. Cooper will speak at the event, which is sponsored by the Decatur County Alliance for Preservation. 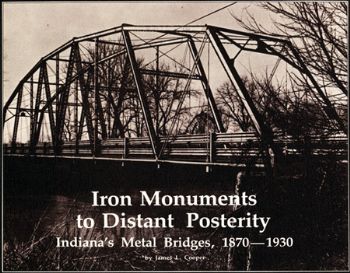 The newspaper describes Cooper, who joined the DePauw faculty in 1964, as a "noted bridge historian and author, who will present the story of the stone arch bridge and its connection to Decatur County. He'll explain the historic significance and value of these grand, impressive structures, and will, I imagine, tell us something about the designers and manufacturers of the bridges. Dr. Cooper, an historic bridge consultant, is a professor emeritus of history at DePauw University, and president of the board of directors of the Historic Bridge Foundation of Austin, Texas, the most prominent national bridge preservation organization. He has written several books about various styles of bridges including, Repairing and Restoring Historic Bridges: Keeping Faith With Their Makers; Restoring Historic Metal Truss Bridges; Artistry and Ingenuity in Artificial

Professor Cooper says, "For me, stone arches are the last spanned resource requiring attention from the preservationist community. I plan to do a book on them. For you, they are the product of your once-grand limestone quarrying and stone masonry. A considerable number of local rural folk were engaged in their production."

Read more at the newspaper's Web site or in this previous article on Jim Cooper.