NFL Commissioner Roger Goodell's comments that the league's business model "combines socialism with capitalism" are examined in a BBC report which includes analysis from Humberto Barreto, Elizabeth P. Allen Distinguished University Professor and professor of economics and management at DePauw University. The piece notes that the league's profit-sharing arrangement means that about 80% of the NFL's profits are divided equally among its 32 teams. 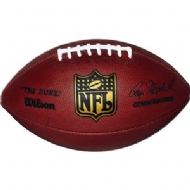 like the NFL being a business and each team was one of the divisions of the company," Dr. Barreto says. The policy serves to "maximize competition between the teams and put them at the same level, which is great for the fans."

The story was produced by BBC Mundo, the British network's service for Spanish-speaking listeners. Access a translation of the piece here.

Bert Barreto was interviewed for a recent report on Indianapolis television and contributed a book review to the September 2011 edition of Choice: Current Reviews for Academic Libraries.