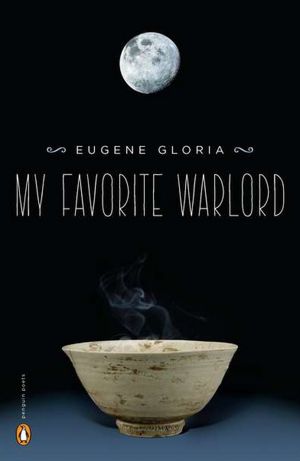 My Favorite Warlord, the third book of poems by Eugene Gloria, associate professor of English at DePauw University, has been published by Penguin.

"The themes of identity, relationships, and the poet's sense of origin are at the heart of Eugene Gloria's rich and captivating new collection," notes the publisher. "The title poem weaves together Japan's sixteenth-century warlord Hideyoshi with a meditation about the poet's father's dementia; Here on Earth embraces post-racial America and the speaker's own sense of displacement in the Midwest. In elegy and psalm, as well as ancient forms from Asia such as the haibun and pantoum, these elegant and passionate poems enact rage, civility, love, travel, and art as well as explore Gloria's own fears of frailty and erasure."

Eugene Gloria's previous books, also part of the Penguin Poets series, are Hoodlum Birds (2006) and Drivers at the Short-Time Motel (2000), which was was selected for the 1999 National Poetry Series and also won the Asian American Literary Award. Gloria's work is also included in the collection Between Water and Song: New Poets for the Twenty-First Century. The professor is also the recipient of a Fulbright Research Grant, a Poetry Society of America award, and a Pushcart Prize.

In 2006-2008, as Gloria was beginning work on My Favorite Warlord, the professor received important support and reassigned time from a chair funded by Richard W. Peck, bestselling author and 1956 graduate of DePauw.

Learn more about the book, and order at copy, at Amazon.com or Barnes & Noble.com.

Also available is this previous article.