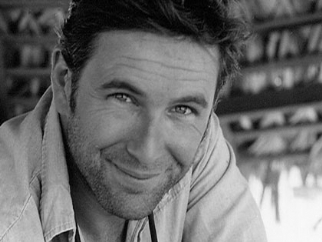 "In 1987, I was a nineteen-year-old biology student at DePauw University, a small liberal arts college in Greencastle, Indiana," Wallace J. Nichols writes in Catamaran Literary Reader, a new quarterly print magazine. The marine biologist and author, a 1989 DePauw graduate, offers an essay titled "Outré Banks of the Mind."

Dr. Nichols recalls, "On a late summer day, I received a message from Reverend Lamar, the University Chaplain. In his office, he explained that a local nursing home had a special patient the nurses thought might benefit from guitar lessons. DePauw, founded years ago in the Methodist tradition, is known for its community service. Students learn that to be whole one must give generously to those in need. I agreed to the challenge." 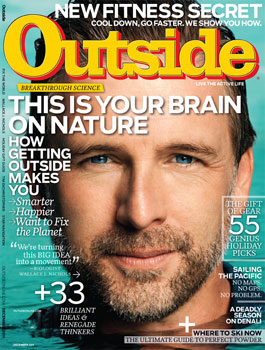 Nichols, then "a quiet, introverted teenager," was paired with a woman named Barbara. "She had lost most of her memory in a car wreck fifteen years before, when she was a university music student, herself just nineteen years old ... Our Wednesday guitar lessons continued for eight months. Some days it was agonizing work. We would play into dark dead ends. Our hour together would drag with poorly formed thunky chords and start-overs. Other days, a song -- or a simple melodic phrase -- would open a door into her memory and she would come alive. John Denver, in particular, caused knobs to turn and long-locked memories to flow. On those days we spoke more than we played. Music brought back images, names, stories, and other music."

A research associate at the California Academy of Sciences, Nichols states, "This was my first intimation of Blue Mind. These moments enthralled and disturbed me. Late nights in the racks of neuroscience journals failed to provide satisfactory answers to my questions. The requisite formaldehyde-infused dissections in my anatomy courses paled in comparison to the wonder of Barbara’s living brain. I began to cherish Wednesday afternoons, strumming my guitar in time with hers and trying to find keys to unlock her memories."

A 1987 TV news story on the music therapy Nichols administered to Barbara is embedded below.

J. Nichols, who goes by his middle initial, is responsible for pioneering research on the migration of sea turtles. He has authored and co-authored more than 50 scientific papers and reports and his work has been featured in National Geographic, Scientific American, TIME and Newsweek, and he was seen in Leonardo DiCaprio's documentary, The 11th Hour. He received the 2012 "Wave Saver Award" from the Save The Waves Coalition on June 15.

Nichols regularly returns to DePauw and delivered the principal address to the University's Class of 2010, "You Are Lovers and Fighters."