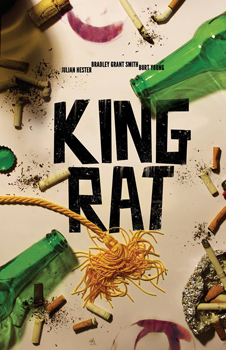 The DePauw University and Greencastle communities will have a special opportunity to see and discuss a feature film that was shot in the shadow of East College.  On Monday, May 2, two alumni who are responsible for King Rat -- writer/director Henry Johnston '14 and producer Alex Thompson '12 -- will return to campus for an advanced test screening of their film.  They'll be joined by their director of photography, Zoe Lubeck.

The event, which is free and open to all, will take place in the ballroom of the Memorial Student Union Building at 8:10 p.m.  King Rat -- which stars Julian Hester, Bradley Grant Smith and Burt Young (whose previous credits include Rocky) -- includes many contributions from DePauw students, alumni, faculty and staff and was shot last summer on campus, which is called Asbury University in the film, a play on DePauw's original name.

At the conclusion of Monday's screening, the audience will be invited to respond -- both verbally and through comment cards -- to contribute to the development of the final cut of the movie. 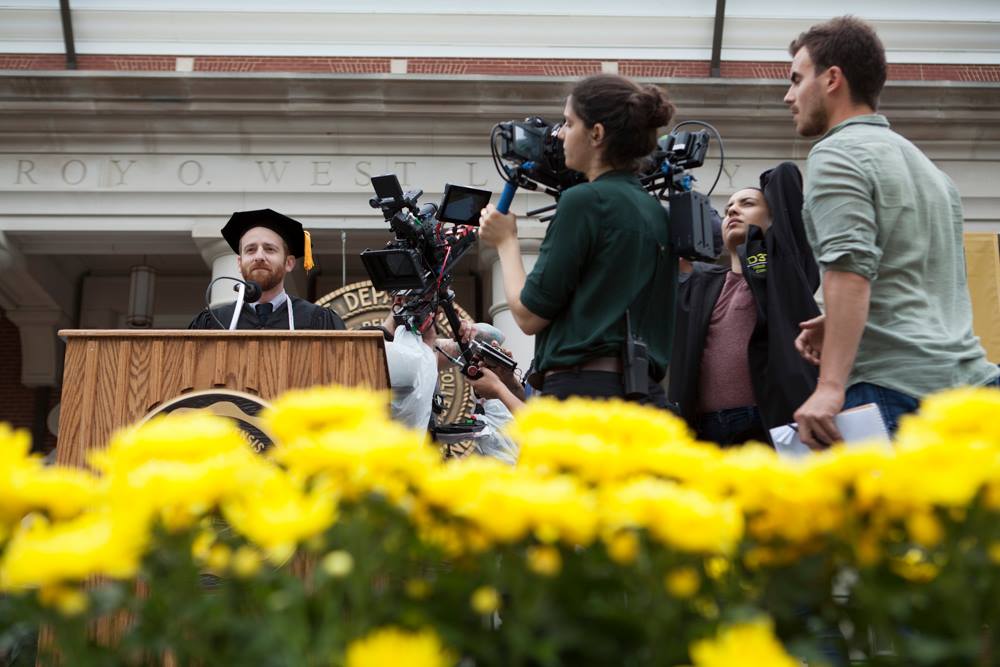 Earlier in the day, at 4 p.m., the filmmakers will hold a workshop in Watson Forum, located within DePauw's Pulliam Center for Contemporary Media.

A comedy-drama, King Rat "examines the possibility that years after graduation - whether it's ten years or thirty - we may be stuck with the same issues we had before crossing that stage at commencement. (at left: the crew shooting shortly after the conclusion of DePauw's 176th Commencement; May 15, 2015)