Associate Professor of Psychology and Neuroscience

I have always been fascinated by how and why we think what we think. As an undergrad, I could never decide if psychology, neurobiology, or artificial intelligence (in computer science) was my favorite topic, so I studied all of those fields and eventually found that cognitive psychology touched on all of my interests.  Cognitive psychology includes the study of attention, memory, reasoning, and decision-making, and lately, I’ve become particularly interested in whether – and to what extent – we can improve these abilities with training.  For instance, can video games improve our attention abilities?  Can simple tasks increase our intelligence?  How can we learn to protect ourselves from well-known biases when we’re making both everyday decisions and once-in-a-lifetime decisions?

The majority of my research focuses on individuals.  For instance, I’m increasingly interested in training different aspects of cognition, including emotional regulation and working memory capacity.  I also conduct a variety of experiments that examine how minor, often unconscious, changes to stimuli influence our subsequent behavior.

Some of my research also extends beyond individuals – many of my publications involve “collective behavior” experiments that test how each individual in a group adjusts his or her behaviors based on the group’s overall performance.

In the last four years, I have mentored more than 25 DePauw students on these research projects, and I try to give each student hands-on experience with all aspects of experiment design, implementation, analysis, and reporting.

i. Can imperceptible changes to an image affect how well we remember it?

This project uses eyetracking technology to precisely record where participants look when they see specific images, and then we make nearly imperceptible changes to the images before asking another group of participants to view the changed images.  We want to see if we can influence where participants unconsciously look and thereby significantly improve memory for the images.

This series of projects examines how our current levels of cognitive resources  (e.g. alert or depleted) affect how we process emotions like anxiety.

I recently gave a talk on this research at the Midwestern Psychological Association in Chicago, and I’m working on a manuscript.  I’m also conducting related studies with DePauw student researchers and with a colleague at the University of Cincinnati.

Cognitive priming occurs when a stimulus (e.g. a word, picture, etc.) facilitates a response.  As a very simple example, imagine that I flash the letters “T I G E R” on a computer screen, and you have to identify whether those letters form a word.  If you heard the word “lion” before I flashed “T I G E R” then you would be significantly faster to respond that those letter forms a word.  Previous studies by other researchers have also shown that real world behaviors, such as walking speed and performance on trivia tests, can be influenced by subtle primes, and I’m generally interested in whether more primes lead to a bigger effect (and if they do, is there a certain number of primes that lead to a plateau, i.e. the effect doesn’t get any bigger?).  Most of my research on these topics have involved word processing because it is relatively straightforward to experimentally test these effects in a laboratory, but I have conducted some food priming studies with students, and I am also interested in more general behavioral effects.

Please see the following posters for examples of our recent work on this issue (these were presented at several different national psychology conferences): 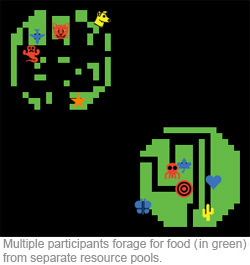 I also run experiments to test how each individual in a group adjusts his or her behaviors based on the group’s overall performance.  I use Netlogo and Java software to let participants interact on competitive and coordination tasks in a virtual world, and the software gives me fine-grained data on how the moment-to-moment actions of each person influences others and the group as a whole.  This work has connections to social psychology, game theory, and even animal behavior literature. 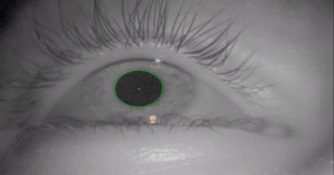 Hoping for an "Aha!" moment, DePauw students and professors look for answers in a pair of psychology studies.