[Download Video: "Serious Problems Ahead" - 388kb] "Everybody does foresee -- although everybody's trying to minimize it -- there are going to be very serious recruitment and re-enlistment problems after the first of the year," said Charles Moskos, professor emeritus of sociology at Northwestern University, as he presented The Gertrude and G.D. Crain Jr. Lecture at DePauw University this afternoon.  Moskos, dubbed America's "most influential military sociologist" by the Wall Street Journal, discussed "A Military Draft for the 21st Century," one that he feels is needed but probably will not be imposed, regardless of the outcome of the presidential election.

Dr. Moskos told the audience that packed Watson Forum of the Eugene S. Pulliam Center for Contemporary Media that military recruitment this year is slightly below its goals. What's more, he says the once-large delayed entry program -- consisting of people who sign up for the military and enter as openings arise -- is now depleted.

[Download Audio: "Stop Loss" - 306kb] "And then we also have something called 'stop loss' currently in effect. In many military units, even if you're term

of enlistment is over, you cannot get out -- you have to stay in -- and that stop loss can't be kept on indefinitely. So between [those two factors] and the normal recruitment problems, we're going to be in... deep trouble."

A draft, says the professor, is needed -- and not only to provide the troop strength that America will need going forward. Moskos says a disproportionate number of today's "volunteer force" comes from the nation's lower class, so the middle class and well-to-do aren't bearing much of the burden of the war in Iraq.

[Download Audio: "Congress' Burden" - 173kb] "It's interesting to note, for example, that out of 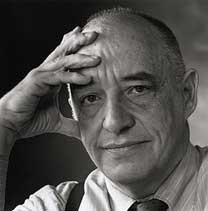 the 535 members of Congress today -- and the Senate -- only five have children in the military. One percent. Isn't that something? Yet they're voting to send people off to war."

In previous wars, Moskos -- who served as a draftee in the US Army combat engineers in Germany after receiving his bachelor's degree, with honors, from Princeton University in 1956 -- the burden was shared. He believes the shared sacrifice of serving America builds better citizens and creates more support for the war effort here at home.

[Download Audio: "Chelsea in Combat" - 296kb] "I was once addressing a recruiting conference and I asked the recruiters -- this was late in the Clinton administration -- 'Would you rather have Chelsea Clinton join the Army or have your advertising budget tripled?' What do you think they picked? Unanimously, Chelsea Clinton. If you have the privileged youth doing it then you know others will find that this must be a noble or worthwhile cause."

Moskos proposed a "Draft for the 21st Century." Young Americans who are conscripted would choose from one of three components:

The sociologist -- whose books include The Military: More Than Just a Job?, The Postmodern Military: Armed Forces After the Cold War, and All That We Can Be: Black Leadership and Racial Integration the Army Way, and is the architect of the "Don't Ask, Don't Tell" policy for gays in the military -- says his plan would build a stronger, smarter military, building a new sense of civic responsibility while saving money. Moskos says the military is increasingly farming out work to civilian contractors who are sometimes paid five-to-ten times more than troops.

[Download Audio: "An Important Dialogue" - 188kb] "This is the kind of thing that we have to address publicly, and it's not been addressed seriously by either party -- there are individuals in

both parties who have brought it up, but not as a party statement -- the Democratic platform nor the Republican platform has said boo about this issue," Moskos points out.

[Download Audio: "The Ask" - 177kb] "Interestingly enough, President Bush hasn't even asked anyone to join the military. This was pointed out to me by a colonel." The professor says the "moment of opportunity" for engaging Americans in the discussion was immediately

[Download Audio: "Moment of Opportunity" - 110kb] "after 9/11; we might not have gone into Iraq, though. We would have sent enough troops to Afghanistan to do the job properly."

But he's the first to admit, America won't be starting up a draft anytime soon. The reason?

[Download Audio: "Patriotism Lite" - 220kb] "Because it's unpopular. We suffer from

'patriotism lite' in America. I would even like to see gas rationing come back," Moskos said with a chuckle to moderator Ken Bode, Eugene S. Pulliam Distinguished Professor of Journalism at DePauw. "It's not gonna happen... because people don't want to sacrifice anything." Instead, Moskos believes troop reinforcements will come from foreign forces hired by America, and private contractors.