[Download Audio: "2004 Campaign Ads" - 128kb] "This is as bad as any campaign I can remember," says Brooks Jackson, director of FactCheck.org, of the advertisements that aired during the just-ended presidential campaign. "A lot of people will tell you this is the worst ever, but every campaign I've ever covered there have been people out there saying [that]." In a Gertrude and G.D. Crain Jr. Lecture at DePauw University this afternoon, the veteran journalist said there's no way to gauge whether there was more false advertising in 2004 than in previous years -- or which candidate was more off-the-mark in his attacks -- but he says voters definitely heard more messages this time around.

[Download Audio: "Deception" - 214kb] "There has been more certainly more deception just in terms of the number of ads that are run and the frequency

with which they are run," Jackson told the audience in Watson Forum of the Eugene S. Pulliam Center for Contemporary Media.

FactCheck.org is a nonpartisan research operation run by the University of Pennsylvania's Annenberg Public Policy Center. The Web site bills itself as a "consumer advocate" for voters that aims to reduce the level of deception and confusion in US politics. Jackson -- who covered Washington and national politics for 34 years, reporting in turn for the Associated Press, the Wall Street Journal and CNN -- pioneered the "adwatch" and "factcheck" form of stories debunking false and misleading political statements for CNN starting with the presidential election of 1992. FactCheck.org monitors the factual accuracy of what is said by major US political players in the form of TV ads, debates, speeches, interviews, and news releases.

[Download Audio: "An Early & Long Campaign Season" - 327kb] "Because the campaign started in March -- the Democrats in their infinite wisdom having moved their whole nomination process up that much 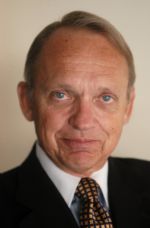 -- Bush started shooting at 'em in March, and started running ads," Jackson noted. "It continued at October intensity through March and April and May and June with money behind it like we've never seen before."

Jackson displayed four campaign commercials -- two for Bush, two for Kerry -- and dissected them, pointing out "small fibs" and "whoppers" that each contained. He says FactCheck.org endeavors to meet what he feels is an important need in an information, and at times, misinformation, age.

[Download Audio: "Far Too Much" - 615kb] "What we have today is far too much information, an infinite variety and sources of information, and not enough analysis and judgment and trusted places people can go to get conflicting or dubious factual claims sorted out," Jackson asserted. "You know, we're doing our little site here as one example of an attempt to provide such a place. But I think this is where mainstream news media needs to go in the future," he added.

"If you're a newspaper, you publish once a day but people can click in to the Internet 24/7, what are you going to tell them that they don't already know? You should be able to give them some reasoned analysis and a trustworthy assessment of what's true and what's false," Jackon

FactCheck.org became a household name, and saw a huge increase in traffic, after the vice presidential debate. Vice President Dick Cheney mistakenly referenced FactCheck.com, and the publicity that was generated sent record numbers of new users to Jackson's site.

[Download Audio: "Ramping Up" - 312kb] "We had to move our Web site off the University of Pennsylvania's server, which had been totally swamped by the traffic. We got 380-thousand tried to get on... I don't know how many tried to get in and couldn't get in. We ran around with our hair on fire for about a week trying to reengineer and revamp the Web site while covering two more presidential debates. It was kind of like changing an airplane engine without actually landing," he joked.

Volume on FactCheck.org has nearly doubled in the last two months; it now boasts 70,000 subscribers. Jackson' site was designed to only last the one election cycle, but based upon its popularity,

thing going indefinitely, because you can't walk away from an asset like that," he told his DePauw audience. "It's been a wild ride. We had an editorial in the Washington Post saying, 'Thank goodness for the Congressional Budget Office and FactCheck.org.' So myself and two recent college graduates -- which makes up the entire staff of FactCheck.org are now being compared favorably with the Congressional Budget Office as truth-tellers in American life. It's been quite a ride and I've enjoyed it and I'm going to keep doing it as long as it's fun."