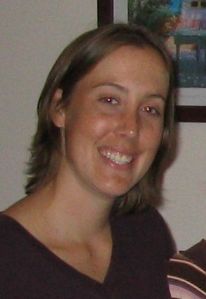 April 27, 2006, Greencastle, Ind. - Kate E. Murray, a 2000 graduate of DePauw University, is the recipient of a Fulbright Scholarship for 2006-07. Currently a third-year doctoral student in Arizona State University's clinical psychology program, Murray will spend the upcoming academic year in Brisbane, Australia with the Community Engagement Centre at the University of Queensland. Her Fulbright Scholarship and dissertation work will compare refugee resettlement programs in the United States and Australia.

Kate Murray is the fourth member of the DePauw University community to receive a Fulbright Award this spring. Three students recently learned they have been selected to receive international graduate study and research grants awarded via the 2006-07 Fulbright U.S. Student Program competition. Osamuede "Ede" Osemwota will spend the next year in France researching an HIV-1 integrase inhibitor. Stuart E. Schussler will spend a year in Quito, Ecuador analyzing the plight of Colombian refugees, while Christina E. Guzik will devote a year in Argentina to studying and conducting research on the relationship between the U.S.-led War on Terror and regional security in South America's Southern Cone.

In Australia, Kate Murray will be examining the impact of resettlement policy as well as community, family, and individual level risk and resilience factors that influence refugee adaptation and well being. This proposal will extend work she has done with the Resilience Solutions Group at Arizona State. 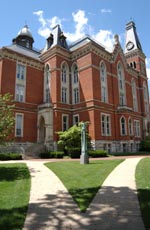 "It is an incredible honor to be named a Fulbright Scholar," Murray says. "I am excited to represent the United States and to learn more about the differences between U.S. and Australian refugee resettlement programs. I hope that this project will help further our understanding of how refugees are resilient in the face of significant adversity, change and uncertainty."

The Institute of International Education (IIE), in cooperation with the U.S. Department of State and the J. William Fulbright Foreign Scholarship Board, administers the Fulbright competition, which has provided future American leaders with an unparalleled opportunity to study, conduct research and teach in other nations for six decades. Learn more by clicking here.