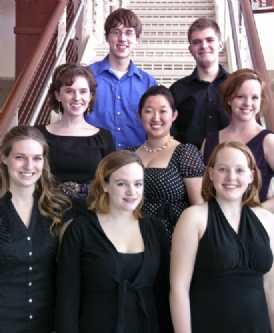 April 1, 2011, Greencastle, Ind. — Winners of the annual DePauw University School of Music Concerto Competition will perform on Sunday, April 10, in the Green Center for the Performing Arts, Kresge Auditorium. The 3 p.m. program, which is free and open to the public, will feature the DePauw University Orchestra under the baton of Orcenith Smith, director of orchestras. 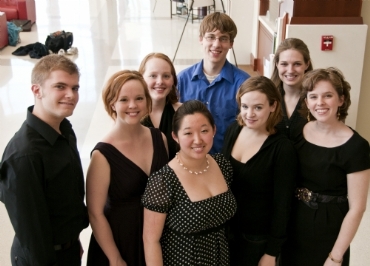 Thirty-six students competed in the preliminary round of the competition on February 24. Finalists proceeded to a round held two days later.  Seven winners were selected. Faculty members from the DePauw School of Music served as judges for the first round, and four judges from outside of the University were brought in to adjudicate the final round of the competition.

"DePauw's annual Concerto Competition is a powerful project which challenges the young musician," shares Professor Orcenith Smith. "This year's winners performed repertoire from memory in both rounds of the competition, exemplifying poise and artistry.  With guidance and support by the individual’s teachers, the students' hard work culminates in a compelling 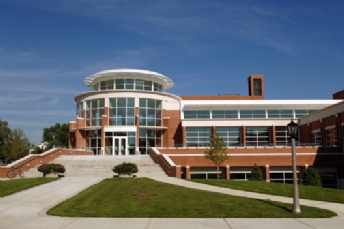 energy drawn from this focused project.  The ensuing rehearsals with the Orchestra synthesize the composer's vision with the performer's energy, and the result is an exciting performance showcasing the musical talent of the students at DePauw University School of Music.  This year’s concert is going to be a thrilling event for everyone in the audience."