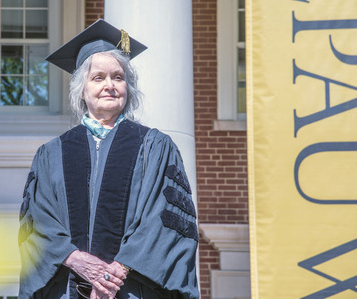 "It is by knowledge, wisely used and with compassion, that the world may be made better and that you as individuals can build a life that is meaningful and rewarding in every sense of the word," said Emilie Savage-Smith as she accepted an honorary Doctor of Letters degree today from DePauw University.  A 1962 graduate of DePauw, Savage-Smith is a Fellow of the British Academy and Professor Emeritus of History of Islamic Science and Medicine at Oxford University.

"I thank you, DePauw, for giving us all a very good start in this adventure that we call life," Dr. Savage-Smith added.

A noted scholar in her field, her publications include A New Catalogue of Arabic Manuscripts in the Bodleian Library, Oxford, Volume 1: Medicine; Magic and Divination in Early Islam; Medieval Views of the Cosmos (with E. Edson); and Medieval Islamic Views of the Cosmos: The Book of Curiosities (with Y. Rapoport). She is also on the Council of the British Institute for the Study of Iraq (formerly the British School of Archaeology in Iraq). 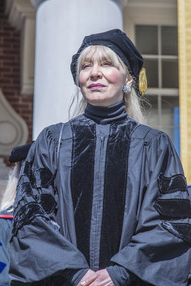 "The work that you have ahead of you now is, in some ways, metaphorically as formidable as carving a block of marble," she told the Class of 2014.  "But what I wish for you is that with the work of your life you will be able to reveal the figure in the marble that's waiting for you to see it." 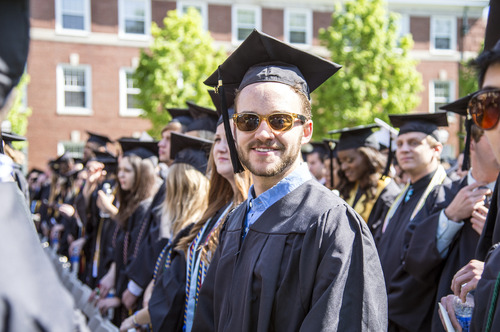 For a thirteenth consecutive year, DePauw University is offering its graduates-to-be and their families the opportunity to own a DVD capturing the 2014 commencement ceremony and an array of features that capture key moments that have taken place over the past four years. Learn more about the project and order the disc in this summary.