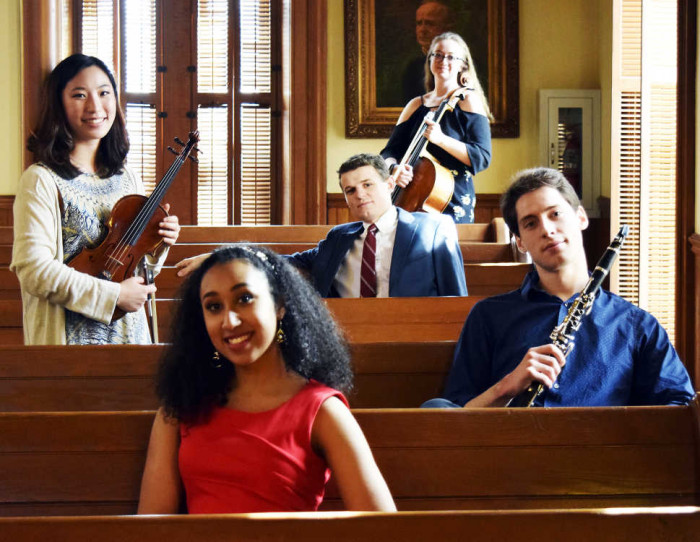 On Sunday, April 8, the five winners of DePauw University's annual DePauw Concerto Competition will step into the spotlight as featured soloists with the DePauw Orchestra.The concert, conducted by the orchestra’s music director Orcenith Smith, will be given at 3 p.m. in Kresge Auditorium of DePauw’s Green Center for  the Performing Arts.

The annual contest, held in collaboration with the DePauw School of Music, consisted of two rounds of competition in late February. This year’s preliminary round, judged by DePauw music faculty, consisted of 27 entrants performing in the categories of string instruments, voice, woodwinds and percussion. Those musicians selected for the final round performed again two days later adjudicated by judges from outside DePauw. The students who scored the highest total points in the final round were selected as winners.

“We applaud the hard work of all of the students who participated in this year’s competition,” said Smith, music director for the University Orchestra and coordinator of the annual event, “and the continuing work of their teachers.”

General admission to the DePauw Concerto Winners’ Concert is $5. Tickets for seniors, children and all students, are free, thanks to season sponsors Judson and Joyce Green. To obtain tickets, visit music.depauw.edu or the venue’s box office Monday, Wednesday and Friday from noon to 4 p.m. and 90 minutes prior to the concert.