Topics courses cover a wide variety of content, allowing students to explore different subject matter while fulfilling the requirements for the major or minor. 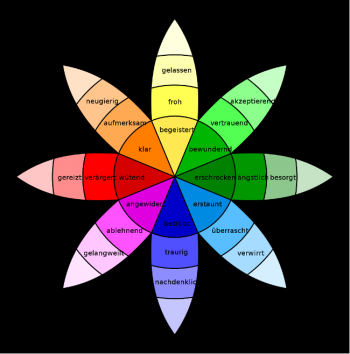 In this course, we will begin by looking at the attempt to map out the domain of feelings, emotions and moods, and explore how they have changed over time in German music, art, literature, and history.  Much recent research in German Studies addresses questions such as:  Are emotional lives the same everywhere or socio-culturally constructed?  Are they a product of bodies or minds, or can moods exist on their own in the outside world?  How have passions and instincts brought people together or torn them apart, and how did people manage to live through periods which we can hardly bear to imagine?  Students will have wide latitude in completing independent projects.  Readings in English and German; discussion and projects in German.

GRMN 295A Tps: Holocaust and Exile in Film (Cross-listed with FILM 241C)

Films and images can have a powerful impact and shape the viewers' perspective of past (and current) events. This also holds true for films about the Holocaust‑‑be they based on real or fictional events. In this course we will analyze a wide variety of films that center on life under the Nazis, the horrors of the concentration camps, resistance to the Nazis, the life of exiles who fled Nazi Germany, and how Germany and the Germans dealt with the legacy of the Holocaust. What do these films want to accomplish? What filmic devices do the filmmakers employ? What is the films' relation to reality? Can we rely on these images as a "truthful" depiction of the past? Are these "accurate" portrayals of life at that time, or do these films create a new reality? How do these films appeal to our emotions? What role does "art" play in these films? Does a film maker who produces a film about the Holocaust have a different responsibility than a film maker who chooses a different topic? Can the films help us to better understand this horrific period in German history or do they trivialize the experience of the victims?

HONR 102B FYS: After Catastrophe: Germany and the Legacy of the Holocaust

This course will explore the complex historical, moral, and political history of the Holocaust as well as the legacies of the war, dictatorship, and Holocaust for Germany after 1945. We will address questions of guilt and responsibility, victimhood and agency and the ways these terms have been understood over time. Some important questions we will explore are: How can we understand the physical, moral, political, and ethical destruction of the war and Holocaust and how did it influence Germany's reconstruction in the postwar context? How did contemporaries, historians, politicians, artists etc. participate in these processes? How have these discussions changed in recent years as most eyewitnesses are dying and new generations develop their own interpretations? Some of the debates that surround these questions are: Who has the right to remember and be remembered? Who can claim to be a victim, in other words: were Germans victims - or perpetrators – or both? Can a new German state be "normal" and overcome its historical baggage? What's the difference between guilt and responsibility and how does it affect future generations? How have discussions changed over the past decades?

We use English every day, in writing and in speech, in formal essays and in casual texting, in the classroom and in the dorm room. But how often do we really stop and think about English as a language? Through a series of writing assignments, this class will examine the English language from its earliest stages recorded more than 1000 years ago to its current spoken and written forms in the United States, the British Isles, and across the world. We will also learn basic linguistic concepts and descriptive terminology in order to understand English as a manifestation of the principles of human language. We will be considering questions such as these: What are the essential features common to all human languages? To which other languages is English related and how? What forms of literature have emerged from the West Germanic branch of Indo-European languages to which English belongs? Why is there a b in subtle? What is grammar and why is it important? What are the distinctive varieties and dialects of modern spoken English? Why is it knife but knives? Where does the silent e come from? Is ð really an English letter? What is “standard English,” and what are the social implications and ideological investments of such a construct?

A focus on the life and works of Wolfgang Mozart. Mozart’s music is still constantly performed around the world; this class is an opportunity to study his life and consider what aspects of his musical style have remained relevant since his death. For students who do not read music notation, alternative assignments can be designed to address issues of politics, culture, and philosophy as they express themselves in his music and in late 18th-century European culture in general. Other topics that can be studied in relation to Mozart that do not require the ability to read music include the Enlightenment as a philosophy or period of history, the contradictory evidence of his death, and the plots receptions of his operas. The course is a W, so an extensive, scaffolded writing project is central to the course.