In addition to the links below, please check the upcoming events page to join us online from the comfort of your own home.

As we transition to online events, check here for details and an archive of webcasts for our alumni family.

Reconnect with classmates and friends to engage in opportunities for lifelong learning, and celebrate achievements.

Join us each fall cheer on DePauw and celebrate the tradition of Old Gold Weekend here on campus with a weekend full of events.

Discover ways to watch this historic rivalry and connect with DePauw alumni to cheer on the Tigers each November.

The Alumni College Series provides alumni with the ability to engage in scholarly discourse and lifelong learning.

DePauw is proud to offer a wide array of opportunities for our alumni to travel the world together.

There is no better time to celebrate family and friends than during DePauw Family Weekend. Return to DePauw and choose from the many events taking place, including theatrical performances, athletic contests, and social events.

The Coming Together Series connects and empowers a diverse community of DePauw alumni and students through relationship building, mentoring, and social opportunities. Join us on campus or in your backyard!

Celebrate the athletic achievements of our inductees during the annual Athletic Hall of Fame event. Our office proudly partners with DePauw Athletics to recognize and honor members of our alumni family.

Thank you to all of the alumni who have joined as part of the DePauw University Alumni Book Club, which launched in January 2021. It has been a pleasure to see this online community of alumni connect with each other and enjoy books from a range of genres.

Our office has partnered with PBC Guru, a leader in virtual book club experiences that allow people to connect through their individual journey as lifelong learners. 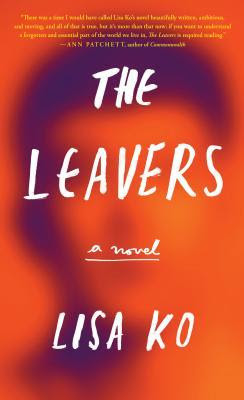 One morning, Deming Guo’s mother, an undocumented Chinese immigrant named Polly, goes to her job at the nail salon and never comes home. No one can find any trace of her.

With his mother gone, eleven-year-old Deming is left with no one to care for him. He is eventually adopted by two white college professors who move him from the Bronx to a small town upstate. They rename him Daniel Wilkinson in their efforts to make him over into their version of an “all-American boy.” But far away from all he’s ever known, Daniel struggles to reconcile his new life with his mother’s disappearance and the memories of the family and community he left behind.

Set in New York and China, The Leavers is a vivid and moving examination of borders and belonging. It’s the story of how one boy comes into his own when everything he’s loved has been taken away--and how a mother learns to live with the mistakes of her past.

This powerful debut is the winner of the 2016 PEN/Bellwether Prize for fiction, awarded by Barbara Kingsolver for a novel that addresses social justice issues.

You can learn more about this quarter's book and sign up to join by clicking here! 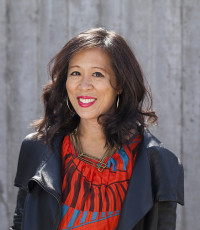 Lisa Ko is the author of The Leavers, which was a 2017 National Book Award for Fiction finalist, won the 2016 PEN/Bellwether Prize for Socially Engaged Fiction, and was a finalist for the 2018 PEN/Hemingway Award and the 2017 Barnes and Noble Discover Great New Writers Award. The Leavers was a national bestseller and named a best book of the year by NPR, Entertainment Weekly, Buzzfeed, The Los Angeles Times, Electric Literature, the Irish Times and others, and has been translated into five languages. Her short fiction has appeared in Best American Short Stories and her essays and nonfiction in The New York Times, The Believer, and elsewhere.

She is the recipient of fellowships from Hedgebrook, the Black Mountain Institute at the University of Nevada, Ucross, Blue Mountain Center, the New York Foundation for the Arts, the Lower Manhattan Cultural Council, and the MacDowell Colony, among others. She has taught creative writing at the City College of New York, Indiana University, the New School, Queens College, the One Story Summer Writers Conference, and in many community settings. She lives in New York City.

Our alumni book club, hosted alongside PBC Guru, is free and open to DePauw University Alumni.

The sign-up for this free book club can be found here.

The Power of Habit: Why We Do What We Do in Life and Business
Charles Duhigg (January - March 2021)

The Beauty in Breaking
Michele Harper (May - July 2021) 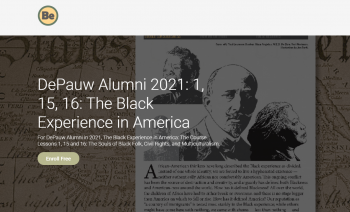 The Janet Prindle Institute for Ethics and the Office of Alumni Engagement has partnered with Jon Fortt ‘98 to make an independent course he produced and offers online via Fortt Media. The Black Experience in America is now freely available to all DePauw alumni, which mirrors the availability for our faculty, staff, and students.

Jon Fortt was inspired to create the course after the murder of George Floyd as a way to prepare his two young sons for life in America.

In Jon's own words, this course is his version of the "The Talk" that many black fathers have with their children about life in America. He turned that into a series of lessons that he produced through Fortt Media.

Want to invite a friend to take the course with you, but they're not alumni of DePauw? They may enroll in the paid version of the course here.

Jon Fortt graduated from DePauw University in 1998. He is co-anchor of CNBC’s “Squawk Alley” (M-F, 11 AM-12 PM ET). He joined CNBC as a technology correspondent in July 2010, working from CNBC’s Silicon Valley bureau where he covered the companies, start-ups, and trends that are driving innovation in the industry.

A Message from Jon Fortt About the Course

This is about empowerment through education. After the tragic killing of George Floyd in 2020, I decided to use my journalistic background and pull together knowledge to prepare my young sons for life in America.

We’ve heard about “The Talk” that many Black fathers have with our children; this became “The Course.” In creating The Course, I pulled from sources as diverse as Shakespeare and NWA, Miles Morales, and Toni Morrison. As I taught the 18 classes over Zoom to my sons and nine other Black kids during the summer of COVID-19, I explored the country’s history and my own and reconsidered iconic figures and moments I thought I understood. When we finished, the powerful feedback I got from the kids and parents convinced me that we hadn’t just finished something — we had started something. Now I want to continue it, and share that experience with you.

I wrote The Course for Black kids, and for the parents, teachers, and mentors who want to equip them for the future. That said, it’s for everyone who wants to explore the Black experience in America.

I’m a journalist and lifelong learner. The son of an art teacher and the husband of a reading specialist, I enjoy taking complicated subjects and making them understandable and relevant. Today I lead technology coverage at CNBC, where I’ve recently spearheaded coverage of race and opportunity in America, both on-air and in our events. 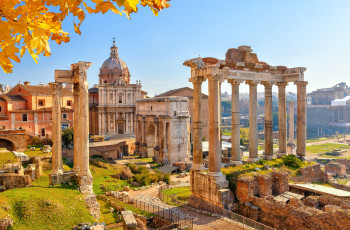 Professors Michael and Francesca Seaman co-facilitated a course that introduced participants to a grand tour of the history, art, and culture, particularly cuisine, of Italy, loosely modeled on the Grand Tour of Italy undertaken by British aristocrats in the 17th and 18th centuries.

The course consisted of two separate parts, each of 75 minutes duration. Please explore here to learn more about this alumni offering from the spring 2021 semester. 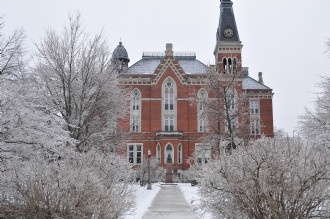 The programming provided by Development and Alumni Engagement seeks to share with DePauw University alumni and friends lifelong learning opportunities along with the ability to engage faculty and fellow alumni in the kind of discourse students regularly enjoy at DePauw. While our Alumni Winter Term offering for January 2021 has now passed, please explore this archive of information on the Leadership and the Liberal Arts alumni class and get inspired for what is to come for future Alumni Winter Term offerings.