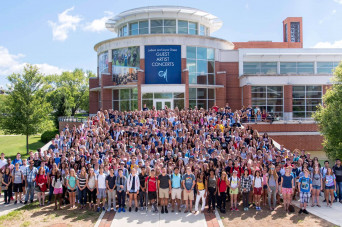 Were you involved with the International Student Association (ISA) during your time at DePauw? Do you want to see what programs they have coming up or previous events they have hosted? Visit their page on CampusLabs to learn more!

Check out images from ISAA 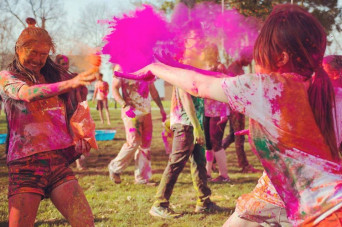 Visit the Development & Alumni Engagement SmugMug for photos of various alumni events, including a new folder for International Student Alumni Association (ISAA) events. Send your photos to us at alumnioffice@depauw.edu to have them included and to share with our community!

Welcome to the virtual home of the International Student Alumni Association.

The mission of ISAA is to foster relationships, organize international student networks, and support alumni initiatives. 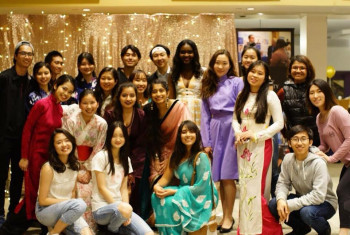 The International Student Alumni Association is an alumni-led initiative with a three-tiered vision: 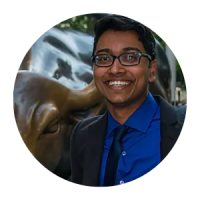 Hailing from Hyderabad, India, Abhishek Sambatur is a Class of 2019 DePauw alumnus and graduated summa cum laude with a major in economics and minors in computer science and philosophy. During his time at DePauw, Abhishek was actively involved in the international student community by serving as an international student ambassador for three years and spearheading several cultural, academic, and professional events for international students. In conjunction with his passion for the international community, he was actively involved in several leadership roles namely: The Presidential Ambassadors, VP of the Investment Group, Senator in the DePauw Student Government, and the Interfaith Council.

Abhishek currently works full-time in the Indianapolis headquarters of BCforward as a Jr. Data Analyst. Abhishek founded the ISAA in the Fall of 2019 by creating a team of alumni, students, and DePauw staff to formalize the vast international student network, officially engage international alumni, and further the educational and communal goals of the international community at DePauw. 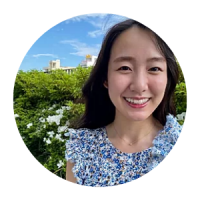 Yuka Kitajima is an Honor Scholar of the Class of 2017 with a Peace and Conflict Studies major. While at DePauw, she dedicated herself to creating holistic support for international students through bridging multiple stakeholders across campus, which was later recognized in the I. Nelle Barnhart Award.

Currently, Yuka serves in multiple roles with hopes to help students cultivate self-determination and social awareness. To name a few, Yuka is a Learning Designer at TAKTOPIA & Co., a Tokyo-based education start-up; a Program Manager of Global Leadership Academy at iLEAP, a Seattle-based social purpose corporation; and a Research Analyst, a Kyoto-based non-profit think tank. 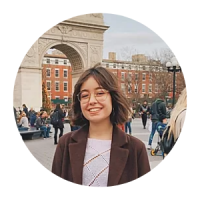 Area Guede Ramos is currently a junior at DePauw studying English Writing and Religious Studies. She has served as co-president of the International Student Association, poetry editor for A Midwestern Review, an intern at the Compton Center for Peace and Justice, First-Year Mentor and Teaching Assistant at the Summer English Immersion Institute.

She is currently working with Belladonna*, Poets House, and Roof Books in New York City.

DePauw University is proud of its commitment to campus internationalization. We have a long history of welcoming international students to study on our campus and we are recognized as a national leader for the percentage of our students who study abroad. We invite alumni to explore this page for additional information on what the current international admission process looks like at DePauw.

The International Student Services (ISS) office assists international students with pre-arrival preparations, immigration, orientation, academic and cultural adjustment, housing during break periods, employment requirements, and more. We provide opportunities for international and domestic students to build relationships, connect with faculty, staff and alumni, share their cultures, and take advantage of the amazing opportunities available at DePauw. We invite alumni to explore and learn more about the work of ISS as part of the Center for Diversity and Inclusion.

Please enjoy recordings of recent ISAA virtual events, available below. Check back for additional events and information on how you can take part.

Enjoy the playback of this October 2020 webcast with the International Student Alumni Association (ISAA) as they kicked-off their Speaker Series this fall. Join ISAA leadership, including Abhishek Sambatur '19, Yuka Kitajima '17, and Area Guede Ramos '21 as they welcomed alumnus Rudra Vishweshwar '15, who shared his experience and journey during and after his time at DePauw.

Enjoy the playback of this January 2021 webcast with the International Student Alumni Association (ISAA).  Join ISAA leadership, including Abhishek Sambatur '19, and Area Guede Ramos '21 as they welcomed alumnus Boyu Meng '15 to share his experiences and journey in this webcast titled "Examining the Grad School Option as an International Student."

In recognition of all that was accomplished by DePauw's international students in the past four years, ISAA dedicates this video tribute to the Class of 2020! A compilation of video messages from Professors, Alumni, Staff, and Students will precede the "virtual recognition" where we bid farewell to all DePauw international students in the Class of 2020.

The ISAA has international chapters across the world to support DePauw's recruitment activities. You can learn more about the alumni leaders involved in these chapters and other volunteer initiatives below. As we continue to grow, please check back for more details. Are you interested in taking on a leadership role? Email us! 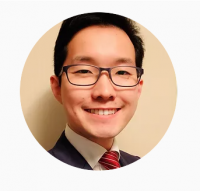 Kohei is a graduate of DePauw Class of 2012 with a conflict studies major. He was born in Japan and spent 12 years in China before going off to DePauw.

During his time at DePauw, he was involved as a member of ISA and Asia club and helped students who are interested in Japanese language and culture.

After graduation, Kohei worked for Sumitomo Mitsui Banking Corporation in Corporate Sales & served as a FI Relationship Manager / Transaction Sales Officer for a total of 6 years. Kohei is currently working at Bank of America's Tokyo Branch as a Transaction Banking Officer 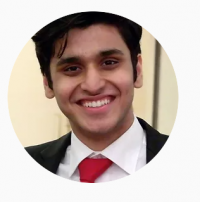 Hassan Mehdi graduated with an Economics and Pre – Engineering major, along with a minor in Finance and Accounting. During his time at DePauw, he was involved with multiple organizations and was president of the Muslim Student Association. He is also an Alumnus of the Phi Kappa Psi fraternity.

After graduation, he started working with the Packages Group, one of Pakistan’s largest conglomerates. He is currently working as the Area Sales Manager for a joint venture between S.C. Johnson & Sons and Packages Limited before which he worked as a Financial Analyst for the Packages Group. 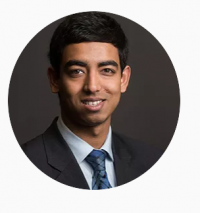 Aashray Patel is an MBA graduate from the Indian School of Business ('20) and majored in Economics at DePauw ('14). He was a part of the Management Fellows Program at DePauw.

Aashray has 6 years of work experience across Marketing, Technology, and Financial Services. He is currently working at Media.net in Mumbai, handling Product Marketing for their Apps and Downloadables business.