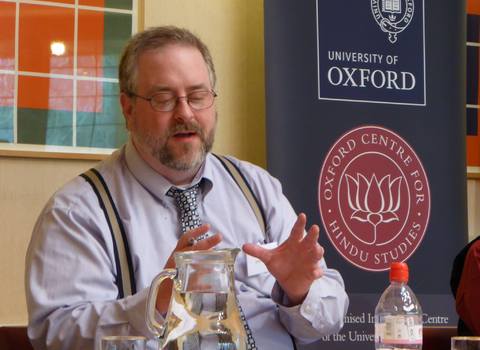 Jason Fuller, associate professor of religious studies at DePauw University, is the recipient of the 2016-17 Exemplary Teaching Award. Presented by the General Board of Higher Education of the United Methodist Church through a gift from 1942 DePauw University graduates George and Virginia Crane, the award recognizes faculty members who exemplify excellence in teaching; civility and concern for students and colleagues; commitment to value-centered education; and service to students, the institution and the community." (photo: Prof. Fuller making a presentation at the Oxford Center for Hindu Studies)

A member of the DePauw faculty since 2004, Dr. Fuller is chair of the religious studies department and is director of the Asian studies program.

Learn more about the professor here.

Previous recipients of the Exemplary Teacher Award are: