January 31, 2000, Greencastle, Ind. - Alumni and friends of DePauw University have surpassed the $300 million goal of The Campaign for DePauw: Leadership for a New Century 30 months ahead of schedule. Andrew J. Paine, Jr. of Indianapolis announced the accomplishment at a meeting of the University's Board of Trustees. Mr. Paine, retired president and chief executive officer of NBD, N.A. (Indiana) and chair of the campaign announced the total had reached $317 million as of Jan. 23, 2000.

"This is the largest campaign total ever achieved by a liberal arts college," Paine told trustees. "DePauw's alumni and friends can take enormous pride in having established a foundation on which we can continue to build both the effectiveness and reputation of the DePauw experience.

In response, the trustees voted to officially conclude the campaign with a weekend of celebration April 28-29. A gala to which all donors to the campaign will be invited is set for Friday evening, April 28, in the RCA Dome in Indianapolis, with other events scheduled for the Greencastle campus the following day.

"Even though the campaign officially concludes April 28," Timothy H. Ubben, chair of the Board of Trustees, said, "we will continue to seek gift support with an intensity equal to if not greater than the campaign generated. We have both an opportunity and a responsibility," Mr. Ubben, who retired in December as chairman of Lincoln Capital Management in Chicago, said. "We have an opportunity to gain national recognition for our effectiveness in preparing young people for leadership in their careers and their communities," he continued, "and we have a responsibility to those who have made significant investments in DePauw to set new standards in educational excellence." (photo: Tim and Sharon Ubben with General Colin Powell; November 2, 1994)

The Campaign for DePauw was launched publicly in October, 1996, after a year of planning 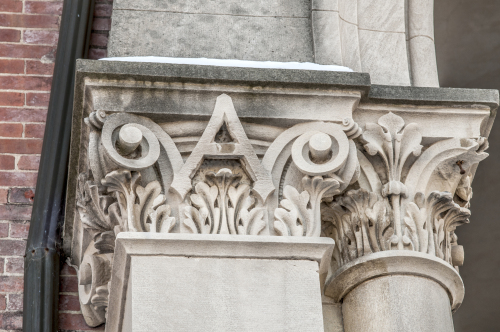 and preparation. The initial goal was $153 million, most of which was sought for endowment of student scholarships with other goals, including monies for support of faculty and academic programs and campus and facility projects.

In October of 1998, after the first two installments of what became a $128 million estate gift from Mr. and Mrs. Philip Holton, the campaign goal was raised to $300 million. At the time it was announced in September, 1999, the Holtons' gift was the seventh largest single gift to any institution of higher education.

Robert G. Bottoms, president of the University, in comments to the trustees Monday (Jan. 24) on the impact of the campaign, said, "The gifts donors have made to date in this campaign have been invested at the very heart of teaching and learning -- in students and faculty." He said the historic gift of the Holtons and other gifts alumni have designated for scholarships "make it possible for us to say that any student qualified to do the work a DePauw degree requires can apply with full assurance that we can meet their demonstrated financial need." At the same time, he said, "gifts from alumni and friends are underwriting one of the most comprehensive programs for faculty renewal and development of any college in the nation and supporting new initiatives to strengthen academic programs, including a powerful new first-year experience for students."

Other gifts, President Bottoms said, will make it possible to build DePauw's first ever building constructed specifically for instruction in art as well as new gallery space and an indoor tennis and track facility. The remaining project for which funds are being raised is a major expansion and retrofit to create the Julian Center for Science and Technology.

Of the more than $300 million contributed so far, Mr. Paine told the trustees $150 million (including all $128 million of the Holtons' gift) has been designated by donors for scholarship endowment. 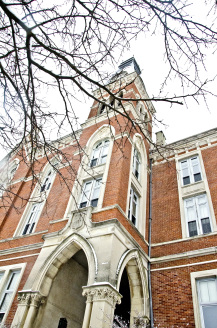 More than $29 million will endow support for the faculty, $28.3 million was restricted for campus and facility projects, and donors committed more than $70 million for unrestricted support. A little more than $100 million of the commitments are deferred and will come to the University through the estates of donors. Since the campaign began in 1995, alumni and friends have contributed more than $16 million for the Annual Fund, which supports the budget for faculty salaries, student scholarships and instructional support.