Senior Elected to the Indiana Legislature 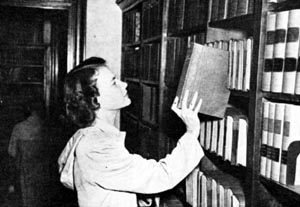 November 3, 1948, Greencastle, Ind. - Jane Ann Noble, a senior at DePauw University, is now a member of the Indiana General Assembly. She received a plurality of more than 5,000 votes in Tuesday's election to defeat the Republican incumbent, Garrett W. Gossard, in the fifth district race for the Indiana House of Representatives. Noble will now represent Howard and Tipton counties in the state legislature.

Noble won last spring's Democratic primary by 541 votes to qualify as one of the youngest legislative candidates in the United States. She says she enters the legislature "bound to no 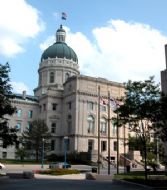 During the war, Noble was a member of the Women's Army Corps. She is a political science major and hails from Kokomo, Indiana.

The Indiana legislature convenes for 61 days -- January through February -- in Indianapolis. Noble plans to adjust her schedule and take morning classes at DePauw, allowing her to attend the legislature's regular afternoon sessions.