The matchup between DePauw University and Wabash College constitutes "the best football game in the state of Indiana," ESPN's Tom Rinaldi stated during the network's College GameDay this morning.  The popular sports program offered at look at the top football rivalries in Division III, and Rinadli's piece opened with the battle for the Monon Bell.

An excerpt of the segment is embedded below.

Larry Hawley of Indianapolis Fox affiliate WXIN was on the sidelines for today's game and produced a summary which aired during the station's late newscast tonight.  It's available on the TV outlet's website and below. 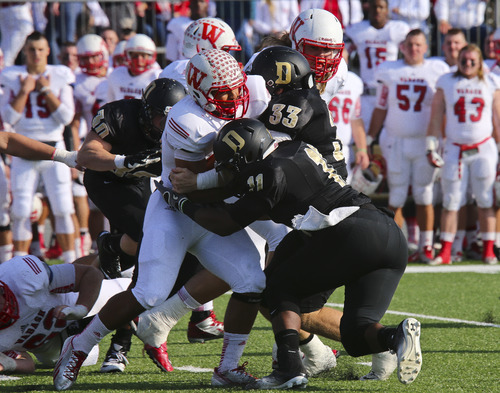 For coverage of today's game, and to access a "Monon Memory" of the 2013 battle for the Bell, click here.

Orders are being accepted for the 2013 Monon Bell Classic DVD.  Learn more about the project and order a disc via this summary.