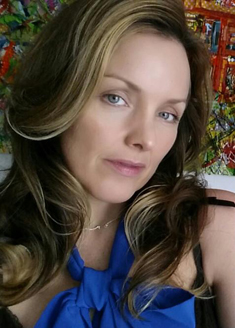 Alice Ripley, Tony Award-winning actress and singer and a member of DePauw University's Class of 1985, has joined the roster of artists participating in all-star tribute concert and benefit celebrating the music of the legendary composer Jule Styne. The event on Sunday, May 11, at Joe's Pub at The Public Theater, will also honor Mother's Day and raise funds for the Breast Cancer Research Foundation.

Others who will appear in the benefit, "Everything's Coming Up BroadwayWorld.com", will include Liza Minnelli, Jennifer Diamond, Leslie Uggams, David Burtka, and Anita Gillette.

Learn more about the event here.

Ripley won a Tony Award for best actress in a musical for her performance in Next to Normal. 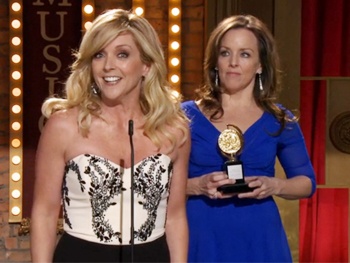 "I was really grateful for DePauw," Ripley told Playbill in September 2013. "I think that when you're a creative artist a liberal arts school is a really good idea," added Ripley, who majored in music at DePauw.

Ripley appears in the upcoming feature film, Muckland, and stars opposite Kathleen Chalfant in Isn't It Delicious, which won Best Feature Film at the 2013 Rainier Independent Film Festival. She also appeared as herself in the series finale of the TV comedy, 30 Rock (seen above with Jane Krakowski). In 2011, Ripley released a compact disc, Daily Practice, Volume One.