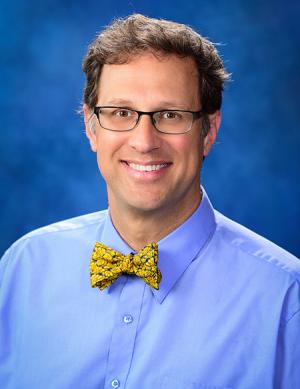 Jay Hosler, professor of biology at Juniata College and 1989 graduate of DePauw University, has been awarded Juniata's Beachley Award for Distinguished Teaching.  Nominations for the award are received from students, faculty, administrative personnel, alumni and trustees. The college president, the provost, the student government president, and the three most recent recipients of the award make the final selection.

"Jay Hosler has led two lives at Juniata College: one as a respected teacher of biology and neurosciences, and the other as a nationally renowned cartoonist and author of graphic novels," notes the college's announcement. "More recently he has combined both interests by having students draw comics as a final paper in Invertebrate Biology, using his lab researchers to research how effective comic books are as a teaching tool and team-teaching a course on 'Comics in Culture.' " 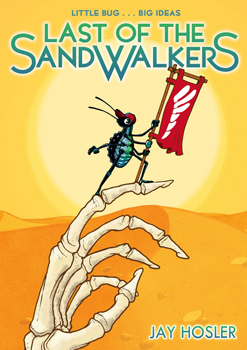 A member of the Juniata faculty since 2000, Hosler earned his Ph.D. in 1995 from the University of Notre Dame and was a National Institutes of Health Postdoctoral Fellow at the Ohio State University's bee laboratory where he was awarded a National Research Service Award from the NIH to study olfactory processing in honey bees. During that time he also received a Xeric Grant to publish in 1998 Clan Apis, a comic book on honey bee biology and natural history.  In 2006, he received a two-year grant from the National Science Foundation to write Optical Allusions, a sensory biology comic-book text. His most recent work is Last of the Sandwalkers.

Dr. Hosler previously received Juniata's Gibbel Award for Distinguished Teaching in 2005. He majored in biological sciences at DePauw and drew comics for The DePauw.

Read more here or in this previous story.