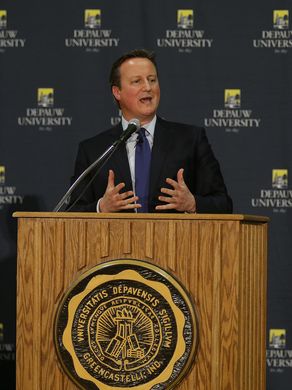 "David Cameron has used his first major speech since resigning in June to explain why he felt people voted for Brexit -- and defend his decision to hold the referendum," begins a story in today's Telegraph.  It's one of many publications worldwide reporting on yesterday's Ubben Lecture at DePauw University.

"Mr. Cameron, speaking at DePauw University in Indiana, also spoke of similarities between the Brexit vote and the election of Donald Trump -- and he used his platform in the United States to urge Mr Trump to respect the 'incredibly precious' American values of freedom, tolerance and outward-looking policies," writes Harriet Alexander, who came to Greencastle to cover the event. "In a wide-ranging address -- funded by former students Sharon and Timothy Ubben, who since 1986 have invited Tony Blair, Bill Clinton, Benazir Bhutto and Mikhail Gorbachev to speak -- the former prime minister warned against being seduced by 'so-called strongmen' leaders, such as Vladimir Putin." 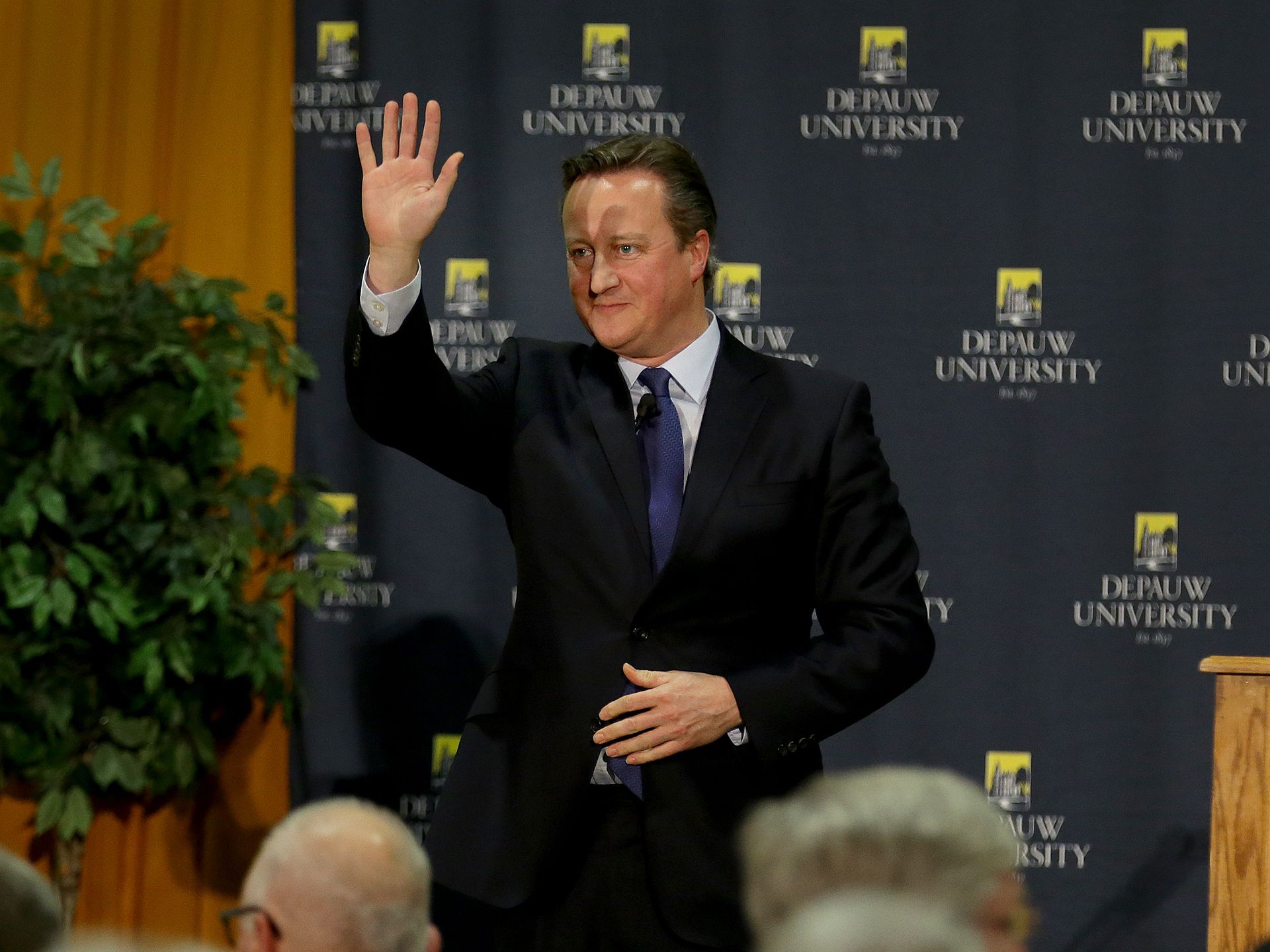 The BBC notes," David Cameron has defended his decision to call a referendum on the EU -- despite the fact it cost him his job. The former prime minister said the issue had been 'poisoning' British politics and the Conservative Party - and people were frustrated about it. He described the Brexit vote and Donald Trump's election in the U.S. as a 'movement of unhappiness' ... He made the comments in a speech to students at DePauw University in Indiana entitled 'The Historic Events of 2016 and Where We Go From Here' ."

In the Indianapolis Star, Chelsea Schneider writes, "Cameron made the case for a “course correction” in politics as he spoke of the forces 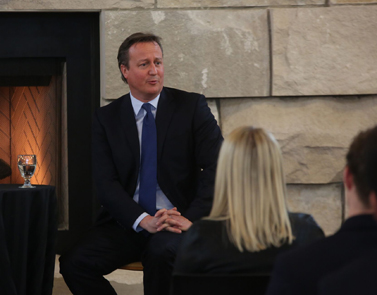 behind Trump’s election and the aftermath of the United Kingdom’s vote to leave the European Union on Thursday at DePauw University."

Also available is a piece headlined "Takeaways from David Cameron's speech at DePauw."

DePauw's summary of the event is available here. 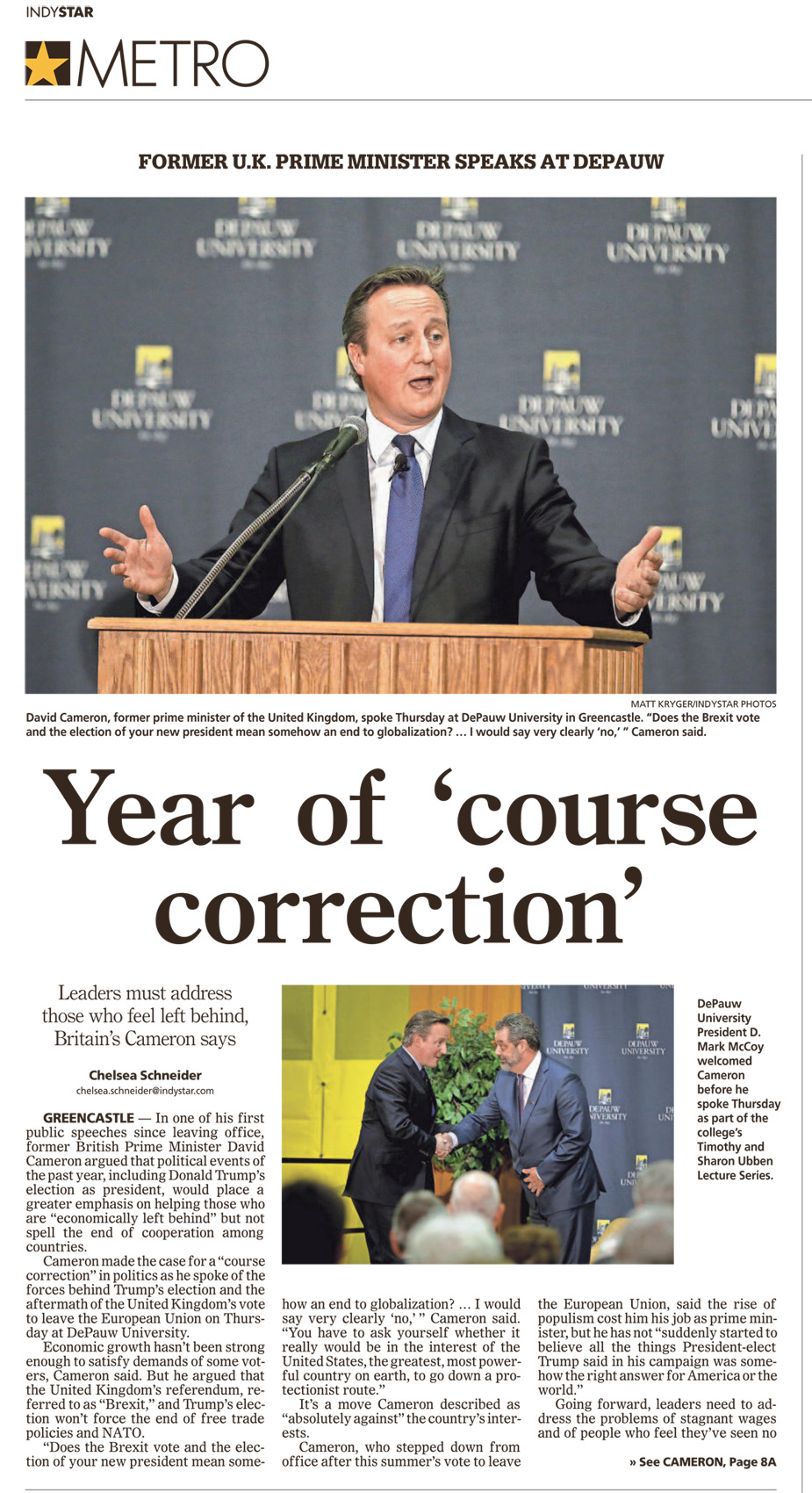