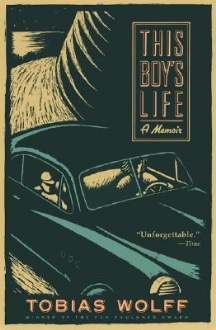 September 21, 1993, Greencastle, Ind. - Tobias Wolff, author of the national bestseller This Boy's Life, will give DePauw University's convocation speech on Friday, October 1. The speech is scheduled at 11 a.m. in East College, Meharry Hall and it is open to the public.

This Boy's Life is a biography in which Wolff describes his experience of growing up in the 1950's; his antics ranged from paper routes to car theft. Winner of the Los Angeles Times award for best biography, This Boy's Life was released as a motion picture starring Leonardo DiCaprio by Warner Brothers earlier this year.

Wolff received his education at Oxford

University and Stanford University. He is a recipient of Guggenheim and Wallace Stegner Fellowships. He received the Saint Lawrence Award for fiction for his short story collection In the Garden of the North American Martyrs, won the 1985 PEN/Faulkner Award for The Barracks Thief, and received two awards from the National Endowment for the Arts.